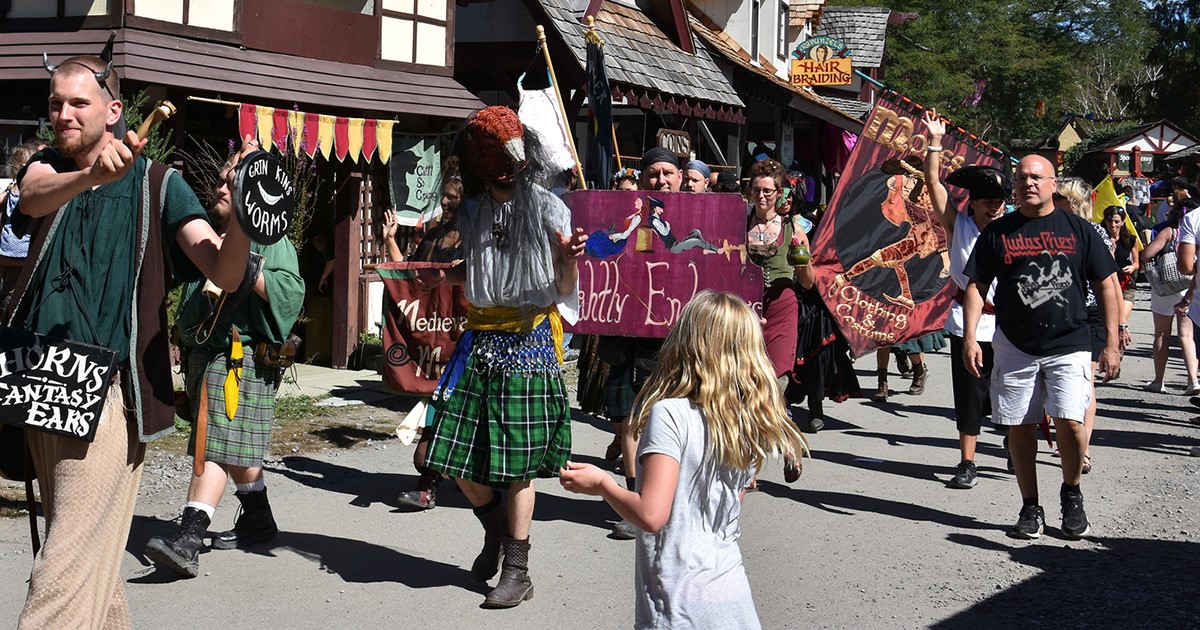 GRAYSLAKE, Ill. — Metal fans and cosplay enthusiasts had no idea that a city administrator for the Lake County Fairgrounds accidentally double-booked the Northern Illinois Metal Fest and the Great Lakes Regional Renaissance Fair for the same weekend.

“Both of these groups take their events very seriously, so I was terrified,” said county ground coordinator Nora Wasley. “We showed up on the day of the event, and saw a whole lot of bearded men in leather and women in corsets — I couldn’t tell who was there for which event. We just started frying up some turkey legs and hoped for the best.”

Not only were attendees unaware of the mix-up, many reported actually enjoying the event more because of the mix-up. Indeed, several Renaissance fanatics noted they liked the change to include the stylings of folk-metal outfit Sleipnir as opposed to a man with a lute, while metalheads appreciated the new concessions and decor.

“They serve mead in horns here! Also, there was this one dude eating fire, and this other dude was holding a real falcon. So fucking metal,” said metalhead Greg Sherry before trying to start a mosh pit with a group of Viking LARPers.

“We sold out within the first few hours of them opening the gates. Most of our rings cater to people with a larger diameter finger, so the Ren fair attendees really flocked to us,” said Diablo Jewelry owner Toni Handson. “I had to put in an emergency call to my supplier to overnight more product so we could have something to sell on day two.”

While administrators felt they may have pulled this off without anyone noticing, a small minority of attendees did notice the mistake.

“I started putting it together when I saw the fake king and queen walking around — monarchy isn’t fucking metal, unless it’s Satan on his throne,” said metal fan/blacksmithing enthusiast Gwen Spicer. “Then I saw a lot of my friends from my metalworking community college classes, and I realized what was happening. But I don’t get a lot of time off from work, so this is like killing two birds with one stone.”

Promoters for the two events are considering joining forces in future years so they can split the exorbitant cost of beer.