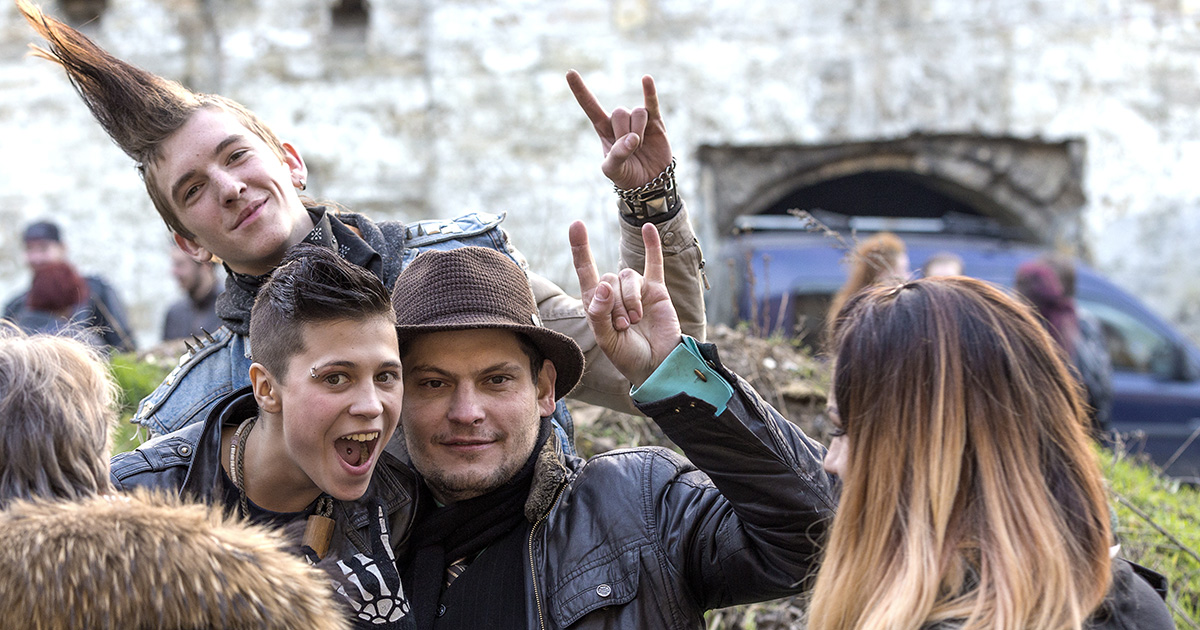 “We know that punk can be seen as a bit of a boy’s club, but we’re not like those other guys who might gatekeep or prevent anyone looking for or needing a sense of community from finding it,” said DIY space organizer, show promoter, and frontman for three different bands, Russ Callaghan. “We want everyone to know that our scene is made up of a diverse group of men and women, which we can say now that there’s two of them.”

The woman in question, Casey Sapp, said she was honored to be included among her peers.

“I see this as a huge responsibility, and an opportunity to offer a different perspective to the scene,” she said of the 12 men and one woman who share the same race, socioeconomic background, and sexual identity as her. “I know I owe this to the woman who came before me, who made a huge stride in the area of standing in a room to listen to a band. Hopefully, I’ll be able to inspire those younger than me who are just coming up to not be afraid to take up space here, even if she is a woman, and especially if she is also white.”

Not everyone informed of the news was supportive of the shift in scene representation.

“I’m all for inclusivity, but seriously, I think this is just going way too far,” said scene veteran and “good dude” Elijah Hayes. “Of course we welcome all sorts of different kinds of people, that’s why we have Christine. But if we start just opening the doors to every single person who wants in, we’re gonna end up with what, three white women? Where does it end? It’s just not fair to the rest of us. We worked hard to get here. And if you don’t believe me, you can ask our moms; they drove us.”

“I feel like I don’t even recognize my own scene anymore,” he added.

At press time, every single member of the local scene was seen applying for diversity scholarships to various liberal arts colleges.