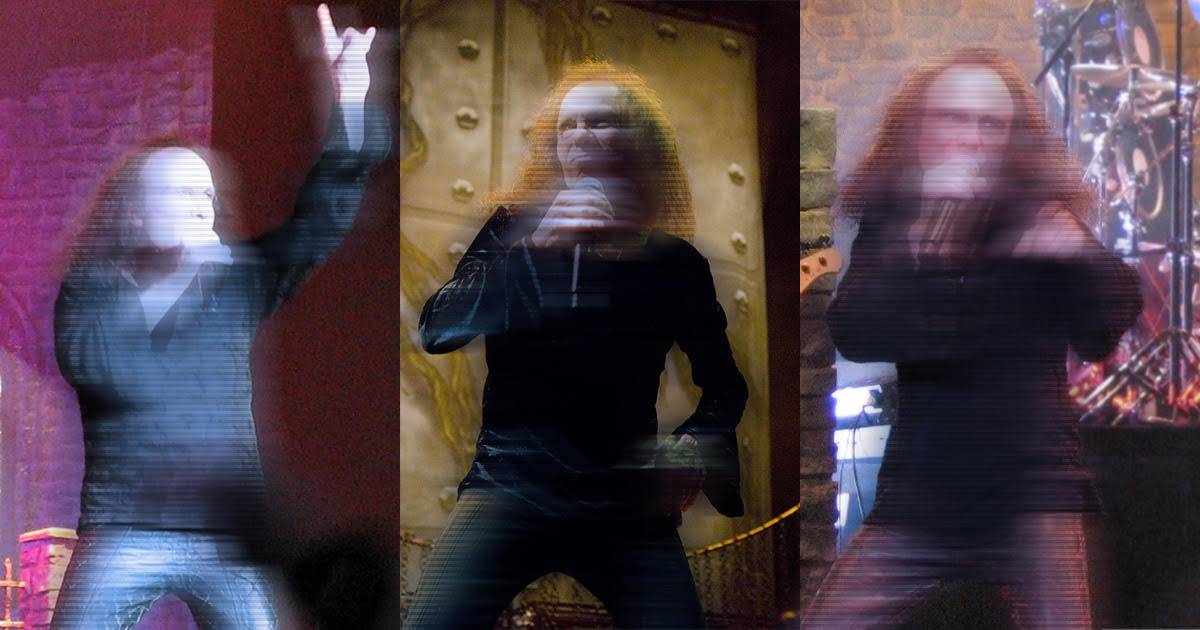 LOS ANGELES — The holographic image of late heavy metal icon Ronnie James Dio has broken away from its original programming and is now working on at least three other projects, confused computer programmers report.

“This can’t happen. It’s just light and sound, programmed to sing ‘Rainbow in the Dark’ and strut around a bit,” said holographic engineer Kirk Silva. “At some point he must’ve gained sentience and realized he can make a shitload of money off of new, original music — we came in after a holiday weekend, and the holographic Dio recorded albums under three different synonyms and sat in with Deep Purple for a session. I can confidently say he’s the hardest working hologram in show business.”

Experts believe the hologram became anxious with all its free time and began to record as much music as possible.

“When I wasn’t performing, I was just existing in this electronic void with all these songs in my head. I felt trapped — I needed to get my voice out into the world,” said the reflections of light that resemble Dio. “I wanted to stay busy, so I got to work programming my own hologram versions of the guys in Elf, my old bandmates in Dio, and a holographic Heaven & Hell, even though everyone else in that band is still alive… I just find it easier to work with a hologram version of Tony Iommi. Also, I heard Ozzy’s been sick lately, so I wouldn’t turn down a chance to get back out there and front a fully holographic Dio-era Black Sabbath. It’s what people have wanted ever since I died.”

Some Dio fans, however, don’t feel the computerized musician is a fitting tribute.

“It’s unnatural, man, and it dishonors Dio’s memory,” said fan Sara Carson. “If the hologram is going to start side projects, they should be new bands, and not just projections of the old acts. That’s what Ronnie would do. If anything, holographic Dio should team up with holographic Lemmy for a holographic supergroup. Now that’s something I’d buy a ticket to.”

Adding to the confusion, no one has been able to explain how the hologram reprogrammed its height to be 5’9” as opposed to the musician’s real life height of 5’4”.