Demon Begs Priest to Exorcise Him From Crust Punk’s Body 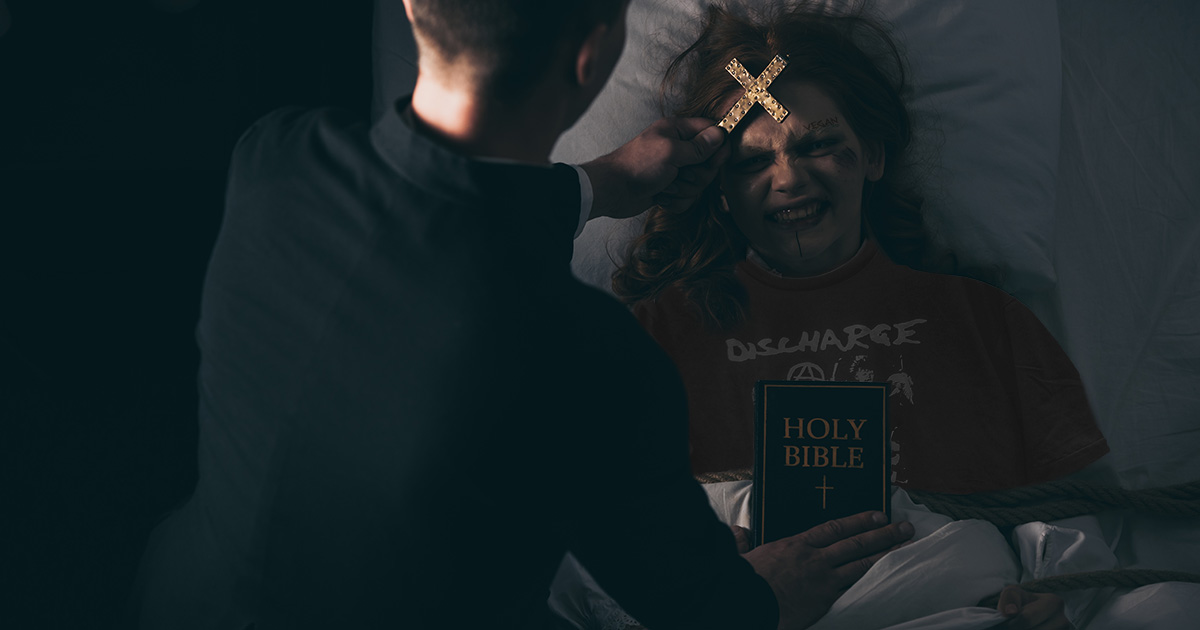 WASHINGTON — Abaddon the Destroyer, an immortal demon from the deepest depths of hell, begged an exorcist to free him from the body of the crust punk he regrettably possessed late last week, sources within the Catholic Church have confirmed.

“Whilst searching for a vessel to possess and use to commit blasphemous deeds for my own bemusement, I have become entrapped in the decrepit flesh prison of a creature known only as ‘Pickle.’ I’m accustomed to inhabiting the hearts and minds of the helpless humans, not one who inhales paint to pass the time,” said the demon from inside his flesh prison. “I had little choice but to do the unthinkable and reach out to a man of the cloth to free me from this torment. I would rather suffer the indignity of succumbing to the power of Christ than eat another Subway sandwich out of a dumpster.”

Experience exorcist Father Steven Brown ascertained quickly that this would be not ordinary demonic expulsion.

“Never in my years have I seen a soul in such terrible shape. She was sickly and pale, unbathed for weeks, and squatting in an abandoned Sears. And that was before I realized she was possessed. But when the demon spoke through her and pleaded with me to banish him to eternal hellfire, I figured this would be a cakewalk. That was of course before Pickle came to and tried to stab me with a pair of scissors,” said Father Brown. “Brandishing the cross and holy water wasn’t working, and it was hard to pray with Leftöver Crack blaring so loudly. At one point Abaddon said he’d even apologize to God to get him out of here, which would be a huge win if I could just get her to stand still for five minutes.”

The Vatican has been keeping a close eye on the situation, as the events unfolding are nearly unprecedented.

“This is the first time in the church’s 2000-year history that an ally of Satan himself has asked for our assistance, but not the first time has agreed to ‘plea out’ so to speak. Some of these harbingers of sin get in over their heads, and we’re more than happy to oblige to return them to whence they came,” said Cardinal Jozef Franco. “Just last week we exorcised a demon trapped in the body of a man who only drank kombucha. However, we are concerned about what Father Brown is dealing with, as it’s disturbingly reminiscent of our failed attempts to cleanse Danzig.”

As of press time, Father Brown was able to successfully free Abaddon, only to call for help once again after being trapped in the body of a child of anti-vaxxers.