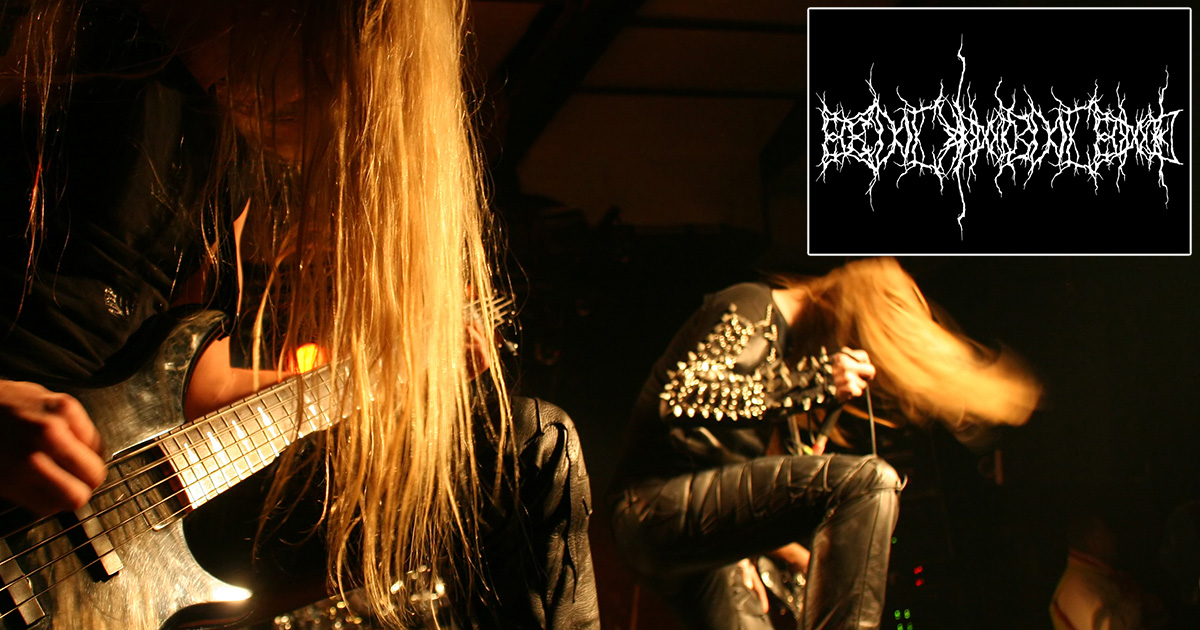 HOUSTON — Local death metal outfit Baby Skullcrusher announced via social media that they are changing their name to Goatopsy after years of playing under the name, requiring no changes to their logo whatsoever.

“We’ve just outgrown the name. We’ve evolved into a more mature death-doom sound. We’re not the same band that a name like Baby Skullcrusher would imply,” said Harrison Melker, guitarist of the freshly named Goatopsy. “Also, it was just really long. I hate that it does that little marquee scroll thing when I’m trying to listen on Spotify. And have you ever tried typing a login like [email protected] using just an Apple TV remote? It takes like 20 minutes.”

“Luckily, in the midst of such changes, we don’t have to touch the logo at all. We paid good money for that thing. Plus, I just got it engraved on my Zippo,” he added.

Zdravka Thorsten, the designer of the logo, said there’s more to the story.

“When they first considered changing the name, they reached out to me about designing a new logo. I was pretty booked but didn’t want to lose a job to someone else, so I tried to convince them that it still works. There’s enough shit in there that you can kind of see anything you want. I told them the new name is already in there and now they think I’m a genius,” said Thorsten as she sketched some nonsense in her moleskin. “The original was actually just an old drawing I had lying around that said something like ‘Too Blessed to be Stressed’ I think, but there’s no way to be sure.”

Kayla Barton, manager at a local vegan grocery store, has been to many of the newly-named band’s shows over the years.

“Oh yeah, I’ve seen them open for friend’s bands a bunch, but honestly, I don’t think I ever caught their name. Their logo looks kind of like it says ‘Better Batter Cake Carnival’ I think? Or maybe that’s an ice cream flavor I like?” she said somewhat confused. “Either way, they’re not bad. If that’s the band I’m thinking of. We’re talking about the band with the logo that looks kind of like that Rorschach test my therapist showed me of my parents fighting?”

At press time, bass player Otto Bagels was still squinting at the logo, trying to see the pair of jumping dolphins he was told was hidden in there.