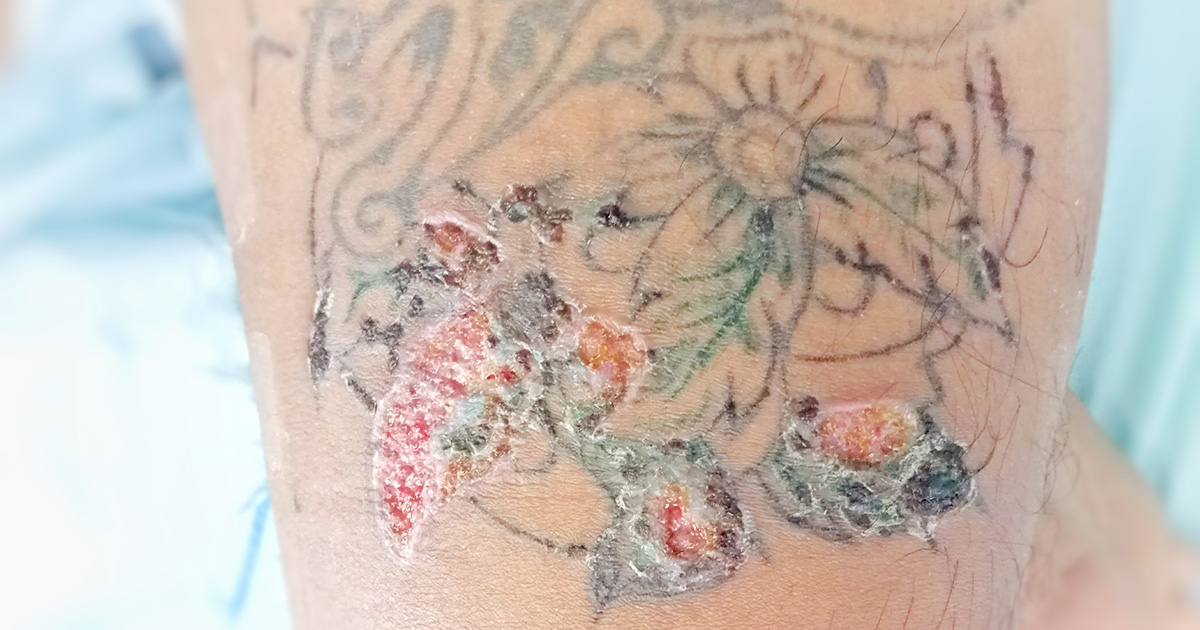 HENDERSON, Nev. — A local punk found dead under an overpass with no phone or ID was quickly identified by friends after they recognized her distinct tattoo infections.

“As soon as I saw the familiar green pus oozing out of that Crass tattoo, I knew it was Lisa,” said Brianna “Barf” Weston, Lisa Moriarty’s longtime roommate. “I still remember the day she got that infection. The tattooer told her to keep the plastic wrap on for a few hours, but she took it off immediately and then fell asleep tattooed side down on a park bench that’s usually reserved for pigeons. It never looked the same after that.”

Moriarty’s many tattoo infections were instrumental in making a positive ID of her body, including the staph-infected F.O.A.D. tattoo on her neck, the MRSA-laden barbed wire around her wrist, and the Black Flag tattoo on her ass with one of the flags partially hanging from the epidermis.

“Finding out she died from blunt force trauma to the head and not from the severity of her multiple flesh-eating tattoo infections is nothing short of amazing,” said Daniel Aguirre, the medical examiner on the case. “Thirty-two years on the job and I thought I’d seen and smelt it all; but this was like inhaling a bag of feet wrapped in burning hair and stuffed into a wrestling mat. I had to wear the hazmat suit usually reserved for autopsying radiation victims.”

Friends and family of Moriarty wish she’d kept better care of herself while she was alive, but they’re thankful her piss-poor hygiene led to a proper burial.

“She was my best and worst customer,” said Tyrone Debellis, Moriarty’s friend and primary tattoo artist. “I would tell her to gently wash the tattoo with unscented antibacterial soap and stay out of the sun, but it looked like she used a Brillo pad and pond water and then set the tattoo on fire. She could make fresh ink look like it was 30 years old in a week. I’d never seen anything like it, and I hope to never again.”

At press time, Moriarty’s friends were seen planning to get matching tattoo infections in her honor.