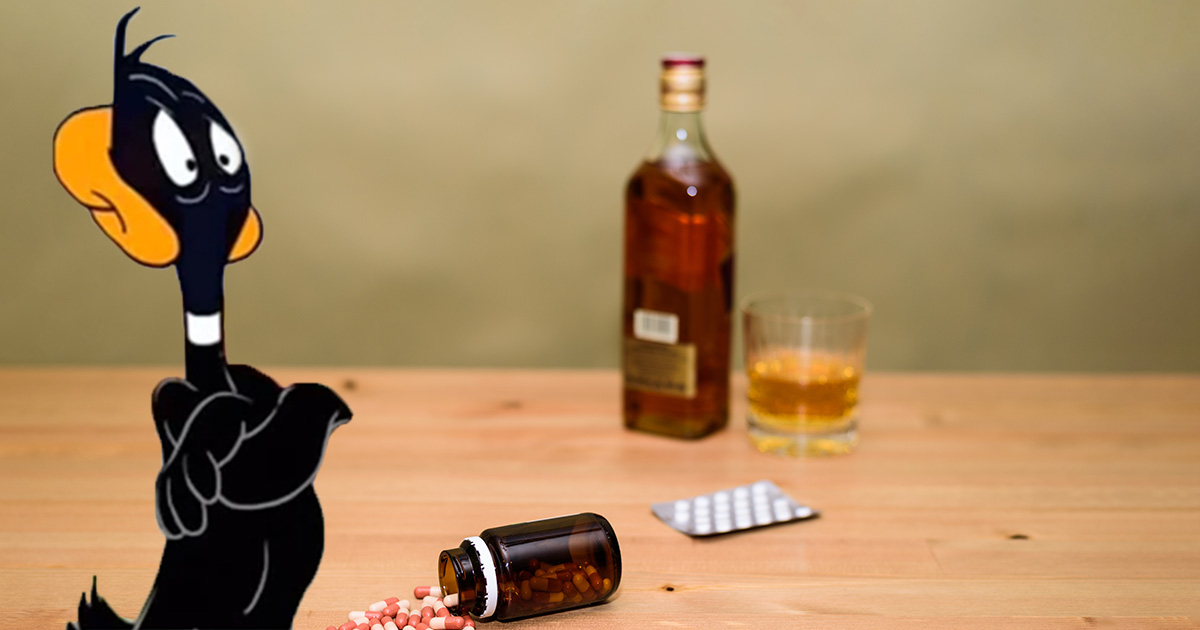 Chances are, you’re familiar with Daffy Duck. At time of writing, the funny fowl has been splitting sides over the course of an astounding 83 year career. However, recently Daffy had shown a different side of himself as he spoke candidly about his severe opioid addiction brought on by years of slapstick-sustained injuries.

“They say that dying is easy, comedy is hard. Those people have never taken one too many and felt the cold embrace of the shroud of darkness,” said Duck. “And all for some med-school punk in the back of an ambulance to say ‘what’s up, doc?’ on the way to the rehab facility. That wasn’t even my catchphrase. The humiliation. Unbelievable. If my beak wasn’t behind my face I would’ve blown him a raspberry like he’d never seen.”

Daffy, who speaks without his trademark lisp off the set, has been working himself to the bone on the press tour for his first big dramatic role, “Eternal Sunshine of the Spotless Pork Rind,” a film in which Daffy receives surgery to erase all his memories of Porky Pig. During the tour, Daffy hasn’t been shy about letting interviewers in on his pain; emotional, physical, and sometimes metaphorical.

Others in the Looney Tunes community had noticed that Daffy had a problem, including one source we spoke to that wished to remain anonymous.

“Boy, I say, I say, the pills, the booze, the women. It all became too much for Daffy. That boy was more mixed up then a feather in a whirlwind,” said our unnamed source. “I’d been there. I was in a dark place, constantly self-sabotaging. I say, that’s the thing about drugs, they make you feel great, but in reality you’re about as sharp as a bowling ball. Now, that’s a joke, I say, that’s a joke, son.”

What’s next for Daffy? He plans on pitching a memoir entitled “Rabbit Season” in which he calls out Bugs Bunny for years of alleged abuse.