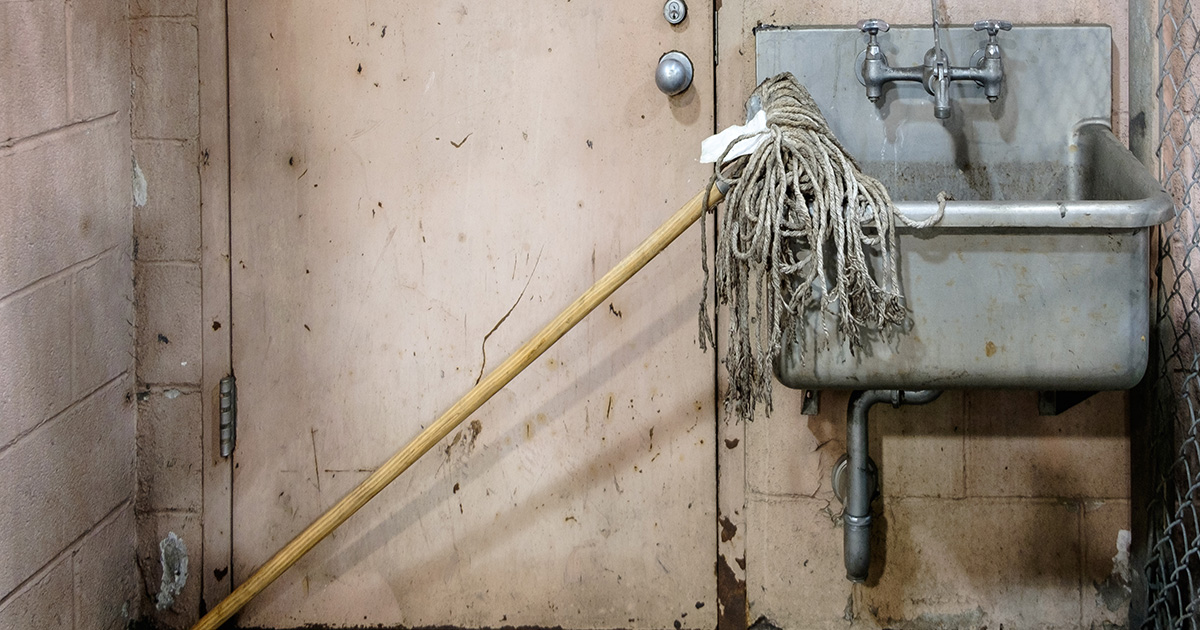 GAINESVILLE, Fla. — A raggedy mop caused confusion among several attendees of the “Days of the Dead” horror convention when they confused the cleaning instrument for headlining guest Rob Zombie, confirmed disappointed, but not fully convinced sources.

“That mop is a family heirloom passed down from my father, from my father’s father, and eventually to me,” said head custodian George Crandall while fumbling through a huge ring of keys. “I could barely get any work done because a bunch of nerds would run up and ask to get their picture taken with it or to have it sign their DVD of the ‘Halloween’ remake. I tried everything to get people to stop bothering the mop, I dressed it in some old jeans, a crappy leather jacket, and a top hat, but that only made things worse. Way worse.”

“The people that ran this convention should have never allowed that mop to be inside the building, it’s basically like having a Rob Zombie impersonator leaning up against a wall waiting to clean up a spill. I stood in line for an hour and a half because I wanted a photo only to have it by a smelly, wet mess. I guess I assumed the big cloud of flies over the front of the line must have been hovering over Rob,” Yueng said. “I wish I could say this was the first time this happened to me. I was at SeaWorld, and I could have sworn Marilyn Manson was standing right in front of me! Turns out it was just a really skinny girl in a grey wetsuit. My embarrassment never ends.”

Rob Zombie says these mistakes are still common despite efforts to clean up his look over the past few years.

“Back in the 90s and early 00s I would hear about this happening on a daily basis,” Zombie explained. “But being confused for a smelly dingy old mop has its advantages. Like if I have a lame photo shoot or promo to do, I just get a mop nice and dirty, maybe soak it in an old spittoon or something, and have it take my place. No one has ever even noticed it. Which actually kind of annoying because no way any stupid mop head could ever be as spooky or have as many dead bugs and shit in it as my hair does.”

At press time, several sources reported seeing the Toxic Avenger angrily swinging around Rob Zombie in his hands in front of the convention’s Troma booth.