Crust Punk House Made Entirely Out of Patches 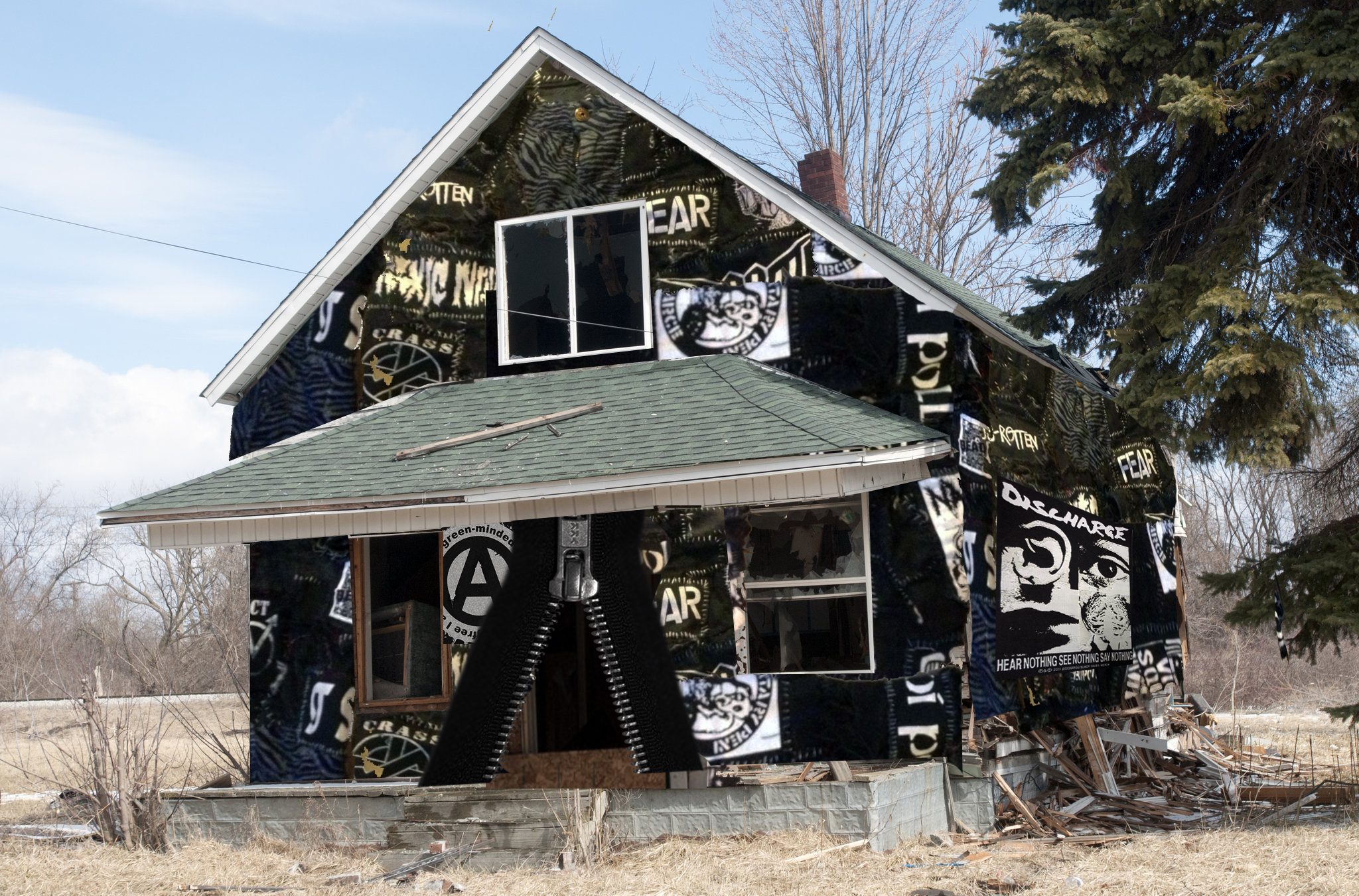 “It kind of started out of necessity. We threw a show in the kitchen and someone punched a hole in the wall. So I took a Toxic Narcotic patch off my pants and covered it up. It worked well, so when the side of the living room started falling apart, I used my Discharge buttflap to seal it up. Eventually, we were patching patches with patches and, well, just look at it,” said Garner motioning to the sloppily-stitched-together dwelling that hosts touring punk bands most weekends. “I’ve found hipster D-beat and crust band patches are better suited for the exterior of the house than 90s street punk bands. We keep those ones inside.”

Some within the punk scene have criticized Garner for not even listening to some of the bands displayed in the patches holding up the modest house built in the late 1960s.

“Yo I fucking heard he bought the Graf Orlock patch holding his bathroom together off Etsy,” said longtime Austin local Tiesha Kelliher. “The house might be made out of patches, but straight up, it is built on a foundation of lies.”

Despite the criticism, Garner is more concerned about the authorities than his fellow punks.

“The city and our landlord are freaking out about us not having any load bearing walls. But our house isn’t 100 percent patches; we still have studs in the wall,” said Garner pointing to a giant hold in the wall. “English 77 cone studs — we got ’em off Angry Young and Poor.”

The city has been talking about tearing down the house for several years, but after the election of a more conservative mayor, it looks like things might finally begin to unravel for the 16 punks and 12 bandana-wearing dogs that call the patch house home.

“Oh yeah, everyone is always talking about kicking us out. It’ll never happen. I’ve been living here, meeting people and really expanding my horizons for three years and I’ve never even paid rent,” said the ringworm fungus living on the couch. “This is our home and I’ll be damned if I’m going to let the city unstitch the bonds I’ve made with the residents of this house.”