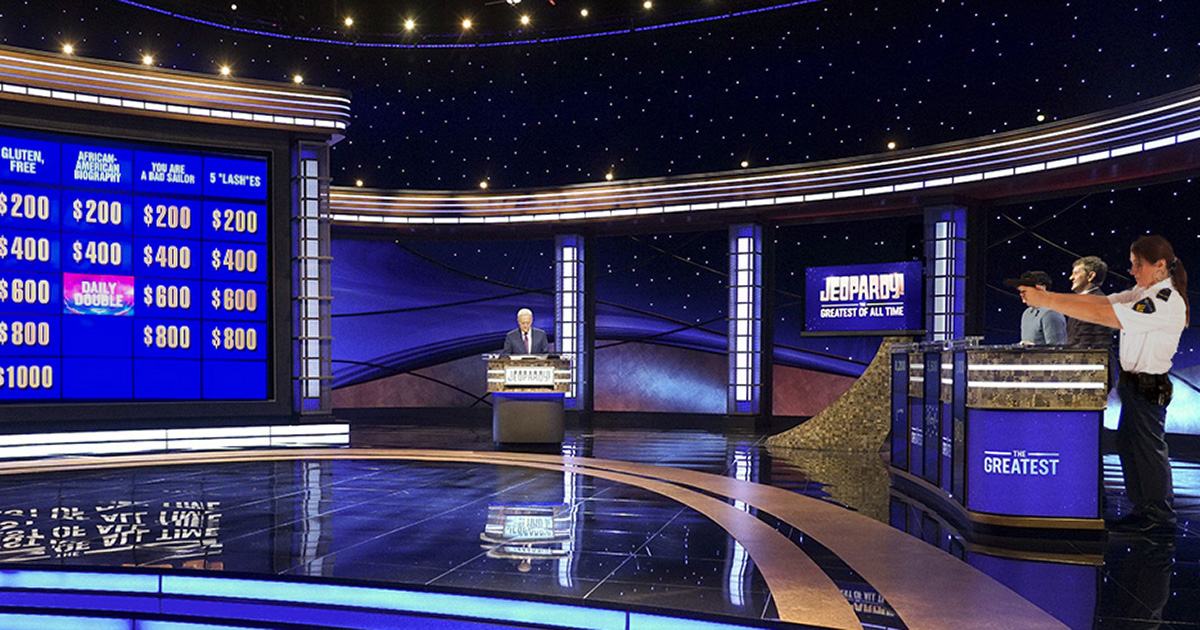 “Everyone just hit the floor. It was terrifying. It gave me flashbacks to my time in Iraq,” said Jennifer Myers, a United States Army Veteran who was winning at the time of Boyd’s outburst. “Here I was thinking I could be the first female veteran to win ‘Jeopardy!’ But of course this fucking cop can’t go twenty minutes without shooting her fucking gun.”

Production of “Jeopardy!” has been greatly affected by the loss of longtime host Alex Trebek and the COVID-19 pandemic, with Boyd’s actions only adding to the show’s recent challenges.

“We were on the fence about having a cop on the show, and to be honest she didn’t even come close to passing the basic test we use for the kid’s tournament, but we figured we’d give the one cop who applied and almost spelled her name right a chance,” said Mike Richards, longtime producer of “Jeopardy!” “We should’ve known this was a bad idea when she showed up in full SWAT gear instead of a navy blue shirt like all the firefighters and EMTs did.”

The Daily Double sound effect is one of the most iconic sounds in the history of TV game shows, playing approximately three times every episode of a show that has consistently aired Monday-Friday for almost 40 years, making Boyd’s startled shooting spree which she later attempted to justify even more surprising.

“How was I supposed to know? Being a contestant on ‘Jeopardy!’ is a hard job. You don’t understand,” said Boyd. “In the heat of the moment, it’s hard to distinguish what’s going on. Yes, it seems like I’m just on a soundstage and there’s cameras and bright lights, and sound effects are all part of it, but if you were in my shoes you would have done the same thing. When I leave the house every morning I can never be sure I’m going to make it back, because this job is so unpredictable, and because I lose my keys almost every day.”

At press time, Boyd was shooting at the “Wheel of Fortune” wheel because it was “acting erratically.”