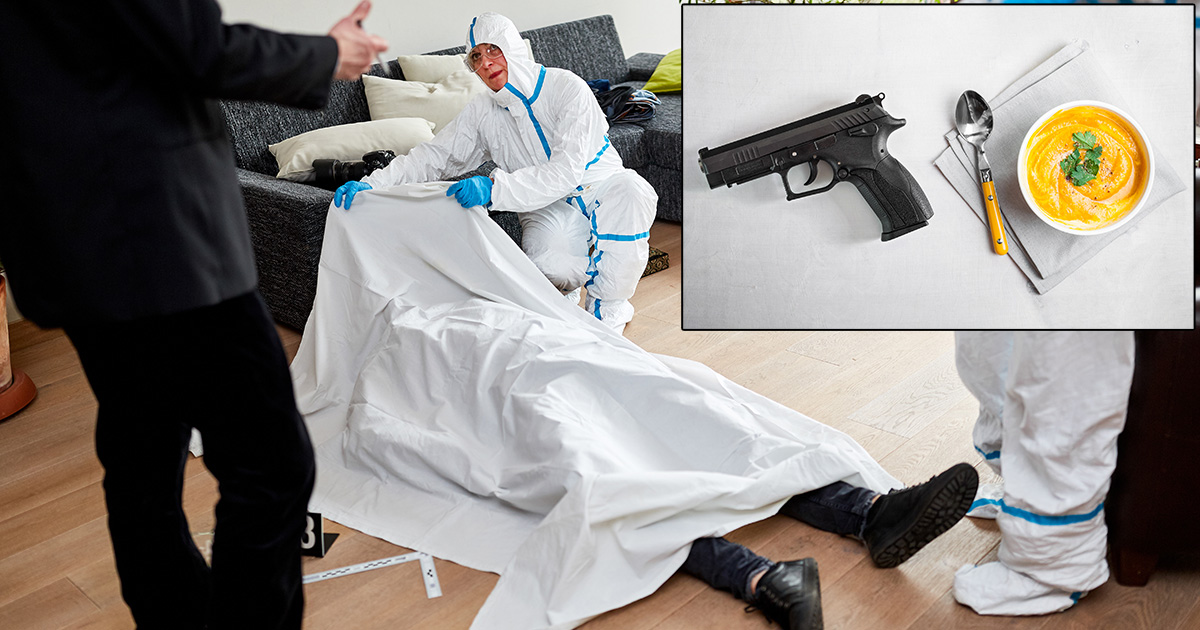 MIAMI — Local police officer Arnold Griffin, a 19-year veteran of the force, was cut down in the line of duty during his lunch break after mistaking his gun for a soup spoon, shocked witnesses confirmed.

“We take our lunch break at Lulu’s Diner every Tuesday since they’re one of the only places in town that don’t complain when officers leave without paying,” said Officer Griffin’s longtime partner Officer Steven Gedney. “It was a pretty routine day. We put our guns on the table to intimidate some of the back of house workers like we do every week. I don’t know what happened next. Officer Griffin must have been startled by a large shadow on the wall and accidentally grabbed his gun instead of the spoon. Since the soup was particularly hot on this day, he pulled the trigger. He was very well-trained in firearms and a seasoned soup eater, so this could have happened to anyone.”

Reforms are already being put in place so similar incidents don’t happen in the future.

“We are going to institute new lunch policies starting immediately to keep our officers safe. From now on, you will only be able to place batons on the table to intimidate community members. Our officers will be required to keep their guns holstered, and instructed to only gesture toward their weapon whenever they want to make a point,” said Police Chief Art Acevedo. “Furthermore, any restaurant employees that serve our officers food that is deemed too hot, or even too spicy, will immediately be charged with attempted murder. If the food is too cold, they will be charged with a different crime that carries a decent prison sentence, probably something like larceny. We are still working out the details.”

Some police groups think that even these moderate reforms will interfere with their ability to effectively do their jobs.

“Our boys in blue need the freedom to properly menace anyone they encounter. If officers are punished for pointing their guns at random people and making a throat slash motion with their other hand, then the world is going to go to shit,” said Doug Howland, leader of a pro-Blue social club. “They are given guns for a reason, and if you don’t use it, you lose it. It’s that simple. Bullets are only good for a few hundred years, so let’s make sure they aren’t going bad on the shelf.”

The black bean soup involved in Officer Griffin’s death is currently being held at the Miami-Dade Corrections & Rehabilitation Center without bail.