Conservative Uncle And Socialist Niece Bond Over Hatred of Democrats 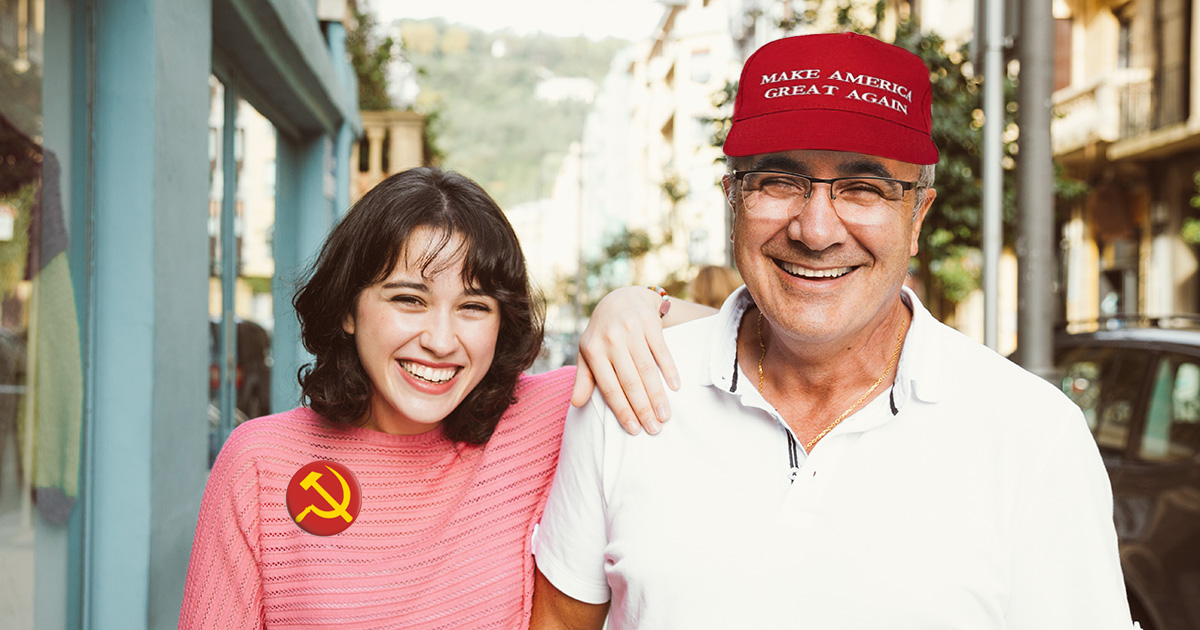 DENVER — An unlikely alliance formed between a conservative uncle and socialist niece thanks to their shared distaste for the Democratic party during a recent family dinner, sources just trying to have a nice meal confirm.

“My uncle is a jingoist troglodyte,” said Britta Moatzot, from the tofu co-op where she works. “But when my dad kept talking about how I shouldn’t be so hard on Biden because ‘he’s a decent man,’ Uncle Guy was the only person that came to my defense. We obviously disagree on a lot of things, but our common ground in recognizing that Democrats are spineless, do-nothing babies was enough to get me through the dinner.”

“Of course, at one point he did ask ‘if Kamala Harris could prove she was born in this country,’ but I just had to ignore that and move on,” Moatzot added.

The uncle in question, Guy Zani, was also surprised to have found an ally in his niece.

“Usually, it’s all I can do to keep my head from exploding when my wannabe Soviet niece talks about her Commie horseshit,” said Zani while installing a new flag in the bed of his pickup truck. “I usually just sing a Toby Keith song in my head whenever she opens her mouth, but when she started doggin’ on the Dems, my ears perked up! I mean, sure, she didn’t mention that Chuck Schumer wants to make homosexuality mandatory for preschoolers, or the other news stories the mainstream media is too cowardly to cover, but she said the Democrats have no ability to govern and that’s my kind of truth!”

Political scientist Dr. Kat Nuni warns that these alliances could fundamentally change the shape of our country.

“Family members from polar opposite sides of the political spectrum coming together is becoming increasingly common,” warns Dr. Nuni. “It’s only a matter of time until the left stops making an effort to win over Democrats and go shopping for other partners. If the Democrats don’t figure out how to get some progressive laws passed, the left will band with the far right. Next thing you know, we will be a country run by extremely racist social programs. We’ll have universal health care providing Tuskegee studies for all. How are the Democrats going to feel when their local Cheesecake Factory has gender-neutral bathrooms that are separated by race?”

When asked to comment, Republicans said they don’t care what happens as long as they can continue committing crimes against humanity with zero consequences.