Colorblind Metal Fan Not Sure Which Baroness Album They Just Bought 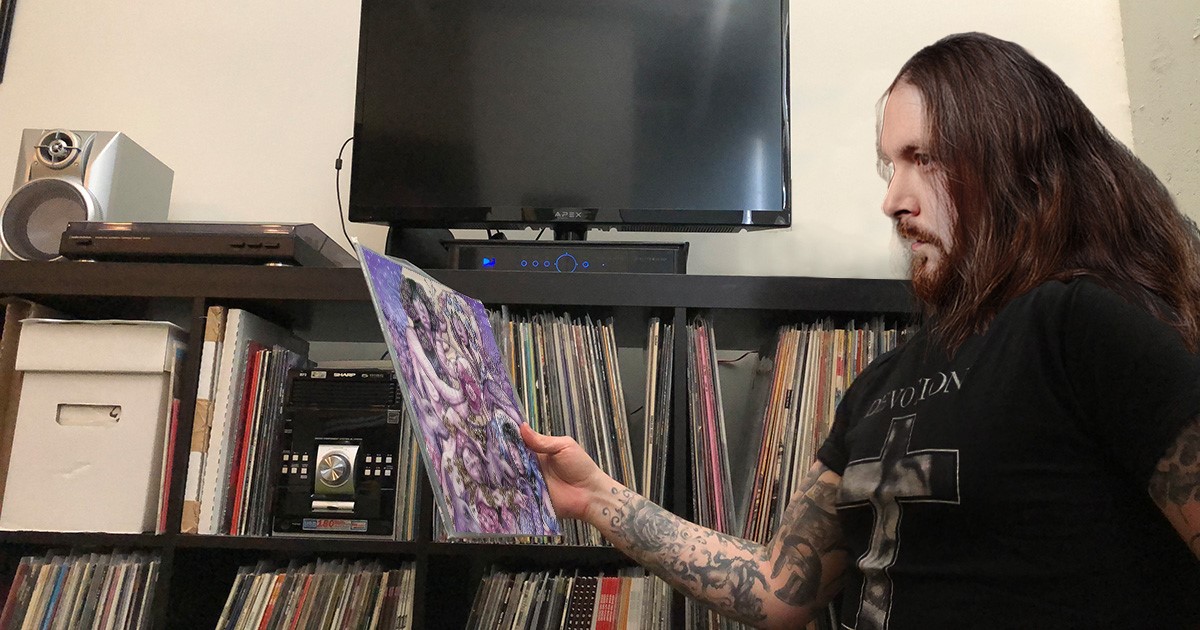 “Crap. I think I already have this one,” said Keil, holding a shrink-wrapped vinyl copy of the stoner metal band’s 2015 album “Purple.” “It’s hard to say. There’s flowers, animals, and Alphonse Mucha babes all over it — just like all the other gray Baroness records I have at home. I wish I took a picture of the tracklist or something… or that they put a fucking album title on the record spine.”

Keil attempted to buy a copy of Baroness’s “Gold & Grey” album after a fellow metalhead told him it “totally rips.”

“I was bending Eddie’s ear pretty hard about how fucking sick the new Baroness was,” said friend and podcaster Amy Duran. “He sent me a bunch of texts about the cover, asking what specific angles ‘the pagan chicks’ were bending their arms at and how dense the weird flower hats should be. He could have asked an employee to help him, but I think he’s worried they might think he is a poser.”

Baroness vocalist and guitarist John Baizley admitted the band never once considered their colorblind fans when approving their album art.

“It was not our intention to confuse any of our fans, but if you accidentally buy one of our albums twice, that’s on you, brother,” said Baizley. “We only have five albums, so there is a 20% chance you’re going to pick the one you need.”

“I really wish people would stop bothering me about our album art,” he later added privately. “Do you know how many people email me saying they had a bad acid trip because they stared at our album covers too long? Four — the answer is four.”

Meanwhile, a survey of colorblind Weezer fans concluded the band’s cover art choice has had no bearing on their musical selections, as they stopped listening to anything after “Pinkerton.”