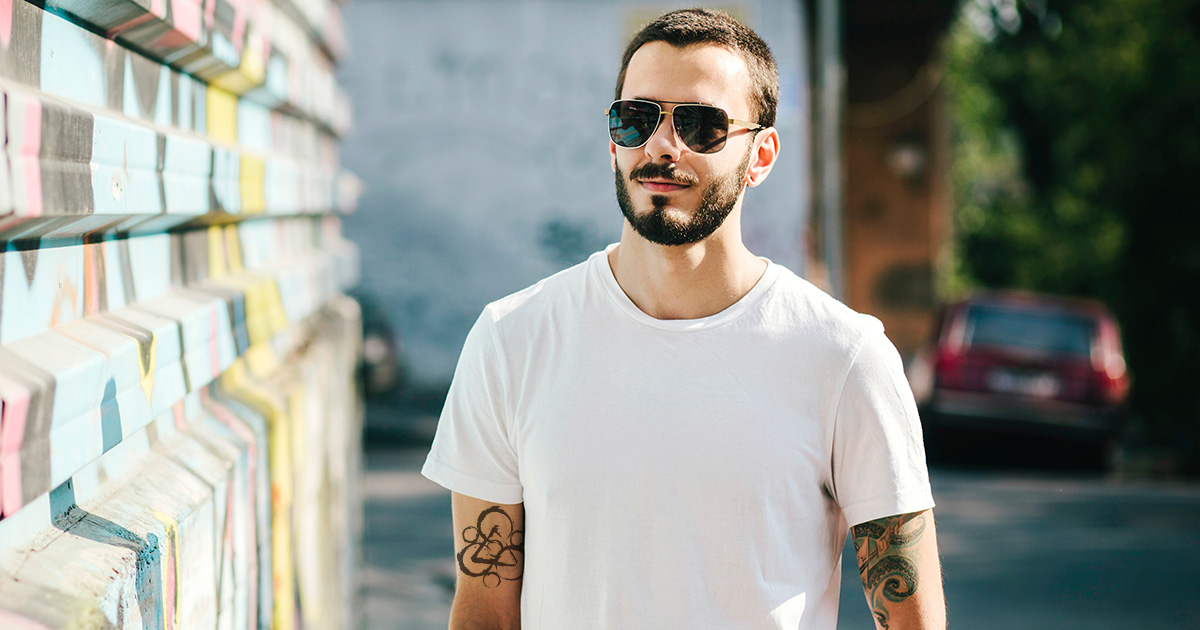 SAVANNAH, Ga. — Record store employee Ian Benedict endured yet another judgement by a customer yesterday, who thought his Coheed & Cambria symbol forearm tattoo was a Harry Potter “Deathly Hallows” tattoo, though experts agree clarification would have made no difference.

“As I handed her the receipt, her eyes locked on my Keywork tattoo,” recounted Benedict, who got the tattoo while attending the band’s “Neverender 12%” shows in 2008. “She rolled her eyes while walking away, and I heard a muttered comment about, ‘Where’s your lightning bolt scar, dork?’ I get it, they’re similar symbols and Harry Potter is way more popular than Claudio & company. I thought about correcting her, but couldn’t withstand her possibly making a crack about the long-ass album titles. Don’t get tattoos, folks.”

“True Potterheads don’t listen to poser dork-prog like Coheed. What’s next, Dear Hunter-inspired piercings? Mars Volta-themed home decor? Grow up,” stated Linda “Professor Ophelia” Guerrero, head “professor” of Savannah’s Harry Potter Hogwarts & All fan club. “I prefer something with some edge, like Harry & the Potters. In fact, that’s really the only band I know. Most of the time I just listen to movie scores from the franchise and act out the actions in my bedroom like a normal person.””

Tattoo artists often struggle with the ethical dilemma of giving the client what they request, and knowing that they may subject the customer to a lifetime of ridicule.

“It breaks my heart every time some teenager walks into my shop past all the sick skulls and hearts and barbed wires on the wall, and asks for some pop culture logo or shitty band reference,” admitted a teary-eyed Danielle Abrams, tattoo artist at Pigment Tattoos. “You’re not going to like Marvel movies this much in 15 years, and that band is probably going to get outed as creeps. You can never go wrong with the classics, though — like this butterfly right above my coccyx, or maybe an entire Bible verse on your ribs.”

Benedict’s problems only worsened when another customer mistook his Nirvana smiley face hoodie for official “The Emoji Movie” merch.