Coffee Snob Also Snobby About Everything Else 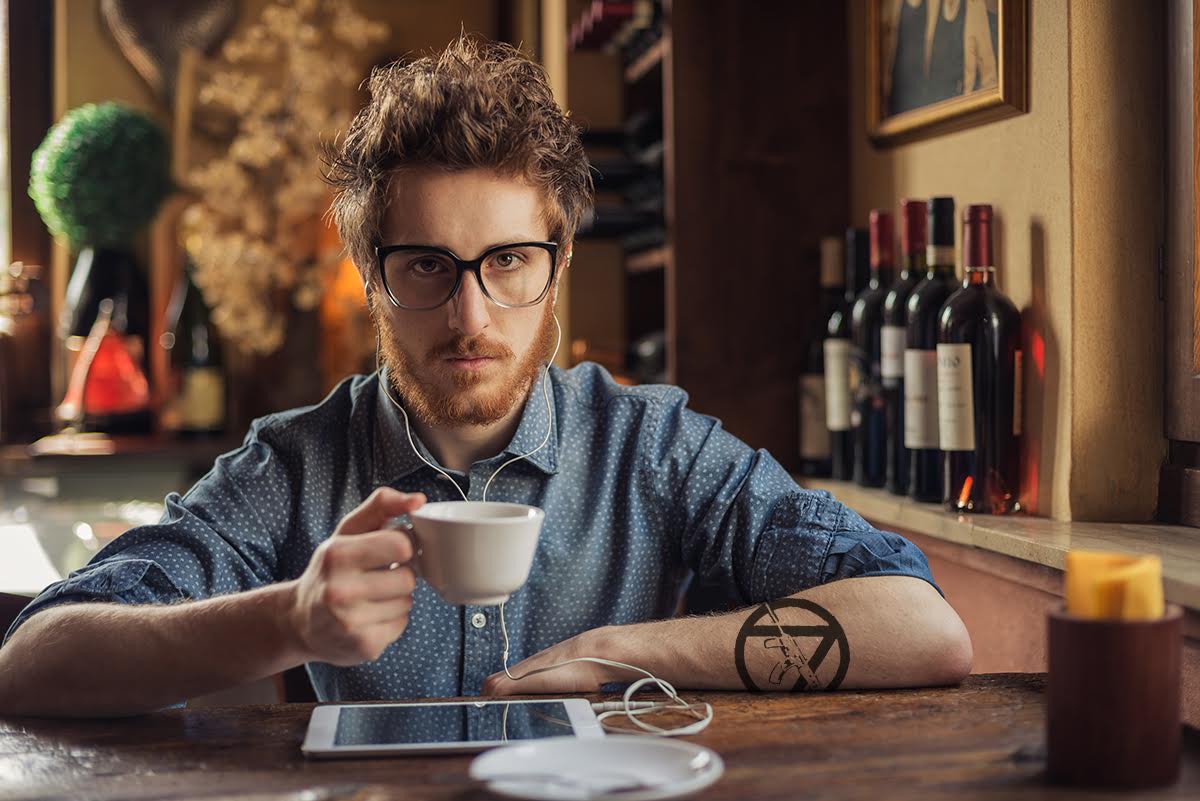 SEATTLE – Sitting with his arms folded in a leather easy chair in the sunlit southwest corner of Gaslamp Coffee in the Capitol Hill district of Seattle is self-described coffee snob, Ethan Parker. A look of slight, smug disgust spreads across his face as he notices another patron reading quietly to herself.

Parker, according to several sources close to him who spoke on the condition of anonymity for this article, is a complete snob about every other topic as well.

“He usually comes here alone, and sits for a few hours by himself. Anytime he starts a conversation with someone they end up leaving pretty quickly,” said barista Natalie Forsythe. “Just this morning he asked if we were set up to start accepting Bitcoin. I told him we are still cash only and he openly scoffed at me. He is really pleasant like that.”

Parker often sits patiently in the same seat, waiting until he can passive-aggressively ridicule other coffee shop patrons for simple things like using artificial sweeteners.

“This blew my fucking mind — the other day a woman comes in here, yoga pants, $2,500 stroller, you know the type. She orders a coffee from the Duromina Cooperative, delicious stuff,” said Parker, pin-rolling a raw selvedge denim pant leg. “I’m thinking, ‘this woman might be OK,’ then, she fucking puts three packets of Sweet ‘n Low in it. She must have brought it from home because I make sure I throw them all in the trash first thing when I come in. I’m doing the patrons a favor, trust me,” said Parker.

Following his coffee, Parker continues his daily routine by heading to a local record store to try to discuss jazz with some of the store’s employees and patrons.

“Did you know jazz is the only true American music form?” asked Parker genuinely while carrying a stack of records to a listening station. “I think a lot of people fear the subtlety and the beauty of Jazz. They can’t understand it. I can though, and I do, all the time.”

On a community board between aisles Parker spotted a flyer advertising a show featuring several hard-working local bands, who have spent their limited time and resources to locate and rent out a proper music venue to host a small out-of-town touring act.

Allen Hearns, a longtime friend of Parker, believes he knows why his friend has become so opinionated over the years. “Back when we were teenagers, Ethan loved two things: ska music and rollerblading. I think he is really trying his hardest to bury that part of himself, and he feels the need to make everyone else feel bad,” said Hearns. “He brought one of his aunts to senior prom; this is what he is trying to overcome.”

As of press time, Parker was seen carrying his artisanal growler into a local hop shop known for its wide variety of craft beer. “I’m looking for something with a creamy body but high IBUs and lupulin counts – like a stout session IPA that’s been lagered. You must have something like that, yes?”