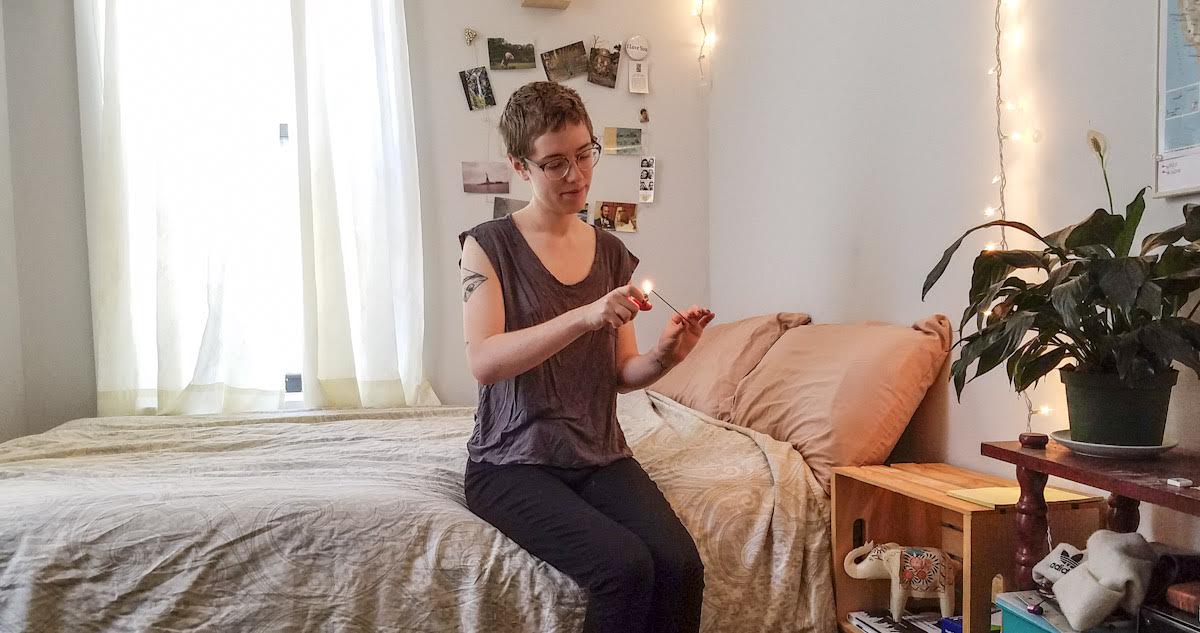 “I know romance is on the horizon whenever Megan cleans the piles of Celeste pizza cardboard leftover from countless nights of watching Netflix alone,” reported the bedroom, which prefers to be called “the Sizzle Suite.” “She must be really optimistic — she cleaned the sheets for the first time since she bought them two years ago.”

The bedroom admitted to a new-found sense of pride since the overhaul.

“I mean, I am where the magic happens, after all,” said the bedroom, shining in the sunlight. “This place just has a different feel to it when it’s vacuumed — you can go barefoot without worrying about all the gunk that’ll stick to you. She’s even busted out a candle to cover up some of the smells.”

However, the bedroom admitted its worry that O’Leary and her mystery guest could eventually become “serious.”

“I hope whoever he or she is doesn’t have a bedroom nicer than me… or one closer to Megan’s office. I’d never see anyone,” said the bedroom. “I’d be stuck here just looking after the cat all day, and that thing is a piece of shit.”

For their part, O’Leary’s roommates were also excited to have the bedroom cleaned up.

“Whenever we suddenly have a shit-ton of clean bowls in the cabinet, you know Megan finally got to all the old dishes just sitting by her nightstand,” said roommate Thomas Chu. “Yeah, all the junk she cleans out usually overstuffs our trash can, and the garbage guys won’t take anything outside the barrel, but at least it’s in the right location.”

Once finished, O’Leary admitted to her own satisfaction with the immaculate bedroom.

“It’s nice to not feel so cluttered. My mother is coming tomorrow, and I wanted to make sure everything looked good,” said O’Leary. “She’s always been judgmental. If she saw what my room looked like before, she’d flip. I just hope she doesn’t open up my closet and find my bong.”