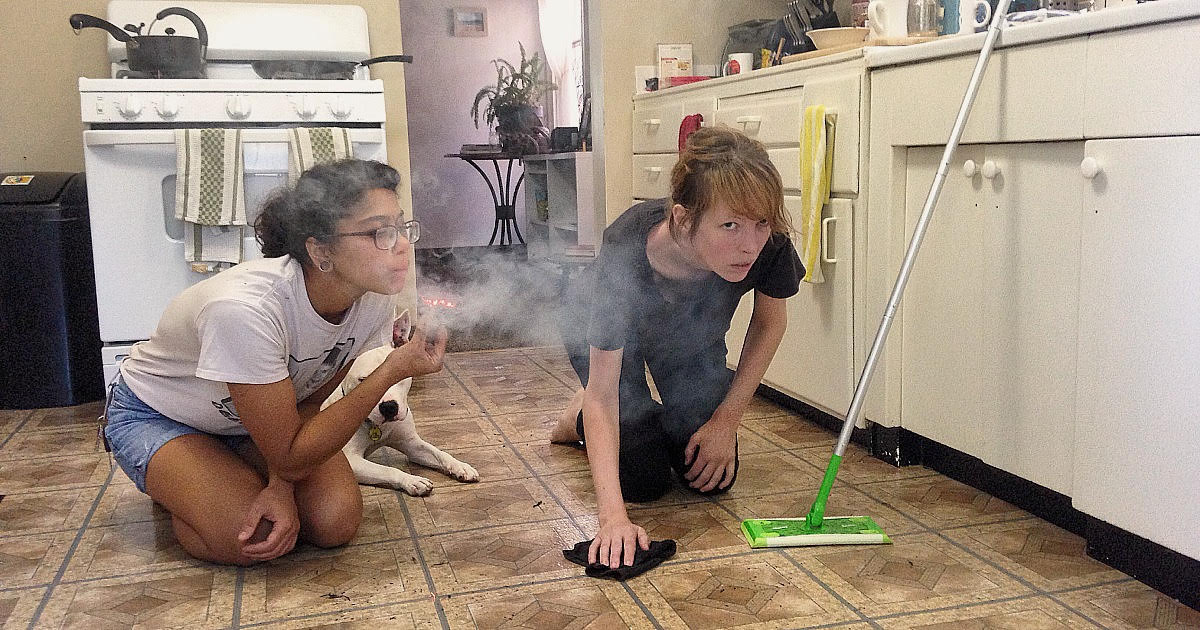 FLAGSTAFF, Ariz. — Two roommates teamed up late last week to give their apartment a long-overdue cleaning, a source reports, with you covering “pretty much all the big stuff” and roommate Brianna Bates removing any remaining negative energy with a smudging of sage.

“It just felt really cluttered and heavy in here, so I knew I had to break out the ol’ magic wand,” Bates said, stressing the importance of proper technique. “The ‘power of intention’ legit works. It would be pointless to do it without a mantra — something strong and focused. Like, ‘Free Tibet.’ Or even just start naming seasons! This place is looking and feeling better by the second.”

Emptying a hamper of dirty laundry to locate the abalone shell-and-eagle-feather kit she purchased months earlier, Bates cleared “the negative vibes” trapped in the shared hallway with a ritualistic burning of white sage.

“Most people think ‘sweep’ or ‘throw out old fruit attracting flies’ when it comes to cleaning, but there’s a lot of dirty stuff hanging around you can’t see, like the ions from computers,” Bates said. “Or something.”

You later said the hostility so clearly felt in the home has less to do with Bates’s “toxic air” theory than that your roommate may be, as you put it, the “shittiest person ever.”

“If by ‘bad vibes’ she means ‘runny dog shit,’ then, yeah, there are bad vibes all over this apartment, and the yard, and our downstairs neighbor’s front porch,” you said, referring to any of the four stray animals Bates is now “fostering” within your shared home.

“I don’t know why she’s acting like this was some ceremonious gesture,” you continued. “She torches it every time the landlord sends her a $15 late fee, and the entire apartment smells like dirt weed for the rest of the week.”

Experts predict the sanitation session will end with an invitation of “good Chi from the Universe,” to be shown by shoving the gigantic pile of $3 flip flops blocking the front door slightly out of the way.