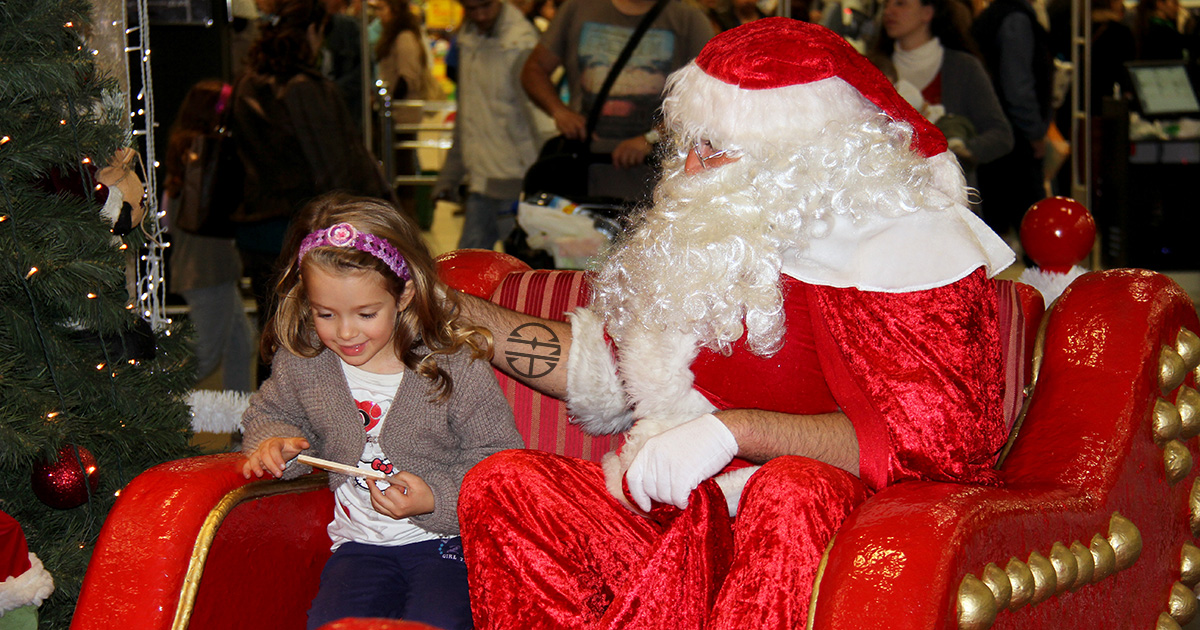 DALLAS — Patrons of the NorthPark Center believed they witnessed a Christmas miracle when a mall Santa with a very prominent Pantera tattoo refrained from drinking alcohol until noon, multiple jolly sources confirmed.

“There is always some uptight dork that complains about how my boombox playing ‘Vulgar Display of Power’ isn’t ‘good Christmas music.’ I got some news for you punk, until Pantera releases a Christmas album there will never be good Christmas music,” said Track McTuggert as he picked bits of weed from his costume beard. “But I don’t know, maybe the holiday spirit took over me because when I got to work today and put on the suit I didn’t touch a drop of alcohol until noon. That’s when I started getting pretty shaky, so I whipped out a bottle of Goldschläger to take the edge off. I have to admit it was pretty impressive, usually I’m drunk before the first kid is on my lap, but today I took around 30 sober photos.”

Rumors of McTuggert’s drunk Santa antics had local parents nervous about bringing their children to meet him, avoiding one of Christmas’ most cherished traditions.

“Some other parents had complained that the mall Santa had given their children small bags of marijuana instead of candy canes, but I don’t see what all the fuss was about,” said local mother, Tina Dilullo. “Yeah this Santa was a bit rough around the edges, and I could see he had a few loose teeth, but I appreciated the fact he was able to hold off on getting blitzed for a few hours. Sure, he wouldn’t shut up about this ‘Dimebag’ guy or the band touring without the Abbott Brothers, but at least he didn’t pass out in his chair until after we left.”

Shopping centers are struggling to find suitable candidates to wear the red suit and management admits it’s better to risk having an unsavory character playing Santa than none at all.

“Track’s behavior made many parents nervous. He’d freak out the parents by stumbling around, headbanging, and constantly shouting ‘we’re taking over this town!’” said Cleardale Mall Manger Ron Clancy. “The Elves and I could only tell children that the smell of Seagram’s 7 and weed were special North Pole herbs and spices so many times. I didn’t think Track would comply with the day-drinking protocol, but we incentivized him with drink coupons for the Applebee’s in the mall. He could be their problem for a few hours.”

At press time, a half dozen of Santa’s elves were being airlifted to Dallas Presbyterian Hospital after snorting lines of his “magic North Pole dust.”