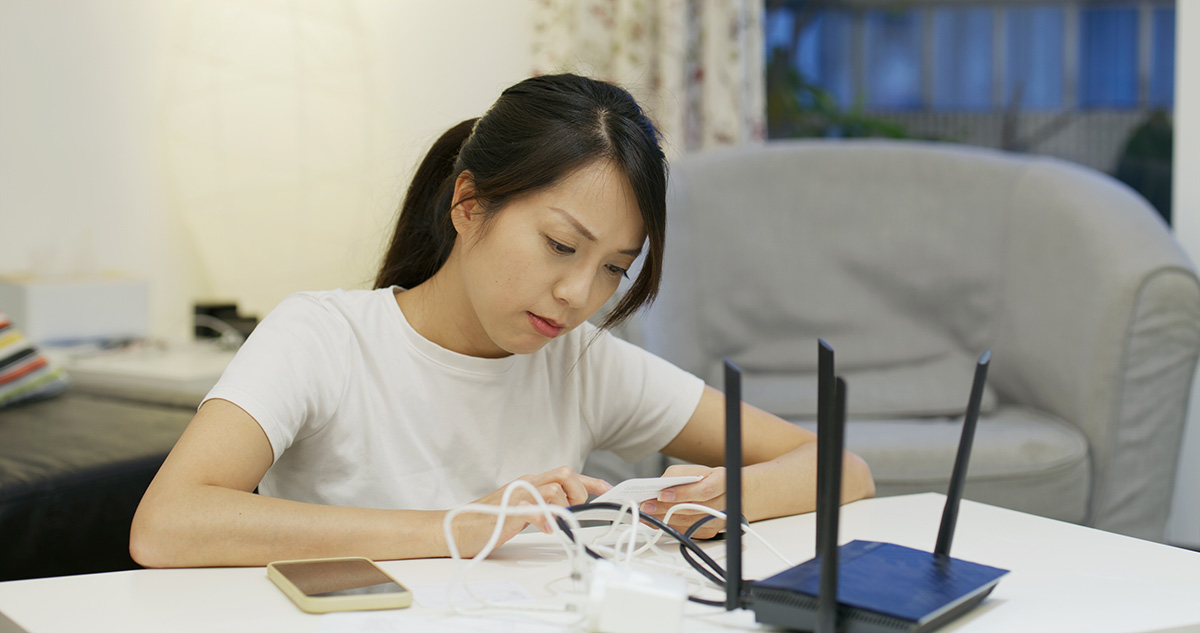 INDIANOLA, Iowa — Millennial Jenny Fang was sorely mistaken in thinking five days at her parent’s over Christmas would be enough time to solve the abundance of tech issues plaguing their home, confirmed sources currently on hold with customer service.

“I thought I had it all planned out. First I would tape labels to all of their remotes, I’d show them how to switch the TV input, and I would explain that the ‘free Disney cruise’ email is definitely a scam. Then I’d still have some time to relax and enjoy the holiday. But as soon as I entered the door my dad handed me a cookie tin full of knotted HDMI cables. Clearly, I was in over my head,” explained Fang while running a new Cat5 cable through the attic. “So far this ‘vacation’ I’ve done everything from spending midnight mass ‘putting email’ on my mom’s iPhone to explaining why my dad’s 30-year-old Laserdisc isn’t compatible with modern TVs.”

Fang’s mother, retired home health nurse Evie Fang, was ecstatic to have her daughter home for the holidays.

“It’s a joy to have Jenny under our roof again. For one, that thingy that sits under the stereo, the one that does the thing, has been beeping for the past nine months, and also where’re the shows I Tivo’d? I’m also hoping Jenny finally hauls away her old Nintendo,” explained the Fang matriarch, gesturing to her daughter’s Microsoft XBOX 360. “Maybe Jenny gets frustrated having to set up our printer and explain to us how she doesn’t control ‘the Google,’ but I never complained during 17 hours of labor with her.”

“We at Apple are pleased to announce “Apple Boomer Care+,” said executive Marcus Russell. “Starting at $675 a year, specially trained tech experts will be bridging the culture gap and answering any question your parents may have, no matter how infuriating it is when they can’t grasp that ‘Yellowstone’ isn’t on Netflix. Our team will even stay on the line when a simple issue regarding a Facebook hoax turns into a 45-minute conversation about how some guy from your old neighborhood died.”

At press time, Fang extended her Christmas vacation indefinitely after a family friend gifted her mom and dad an Echo Dot.