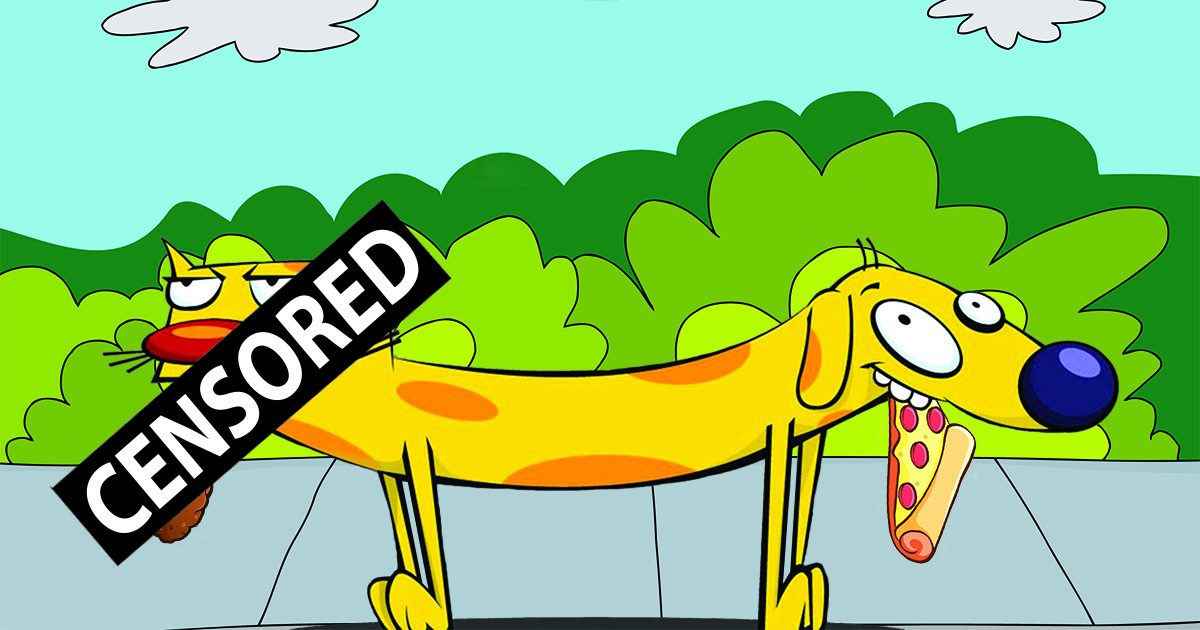 ORLANDO — Peter Hannah, creator of the classic Nickelodeon series “CatDog,” announced last week that Cat is in fact the one who pisses and shits out of his mouth, settling over two decades of spirited debate amongst millions of fans worldwide.

“When we came up with the idea for ‘CatDog,’ we quickly realized that viewers really only wanted one thing: to know which side was eating and which side was orally urinating and defecating,” remarked Hannah. “But we had heavy-hitters like ‘Rugrats’ and ‘Spongebob’ to compete with, so we decided to keep the secret to ourselves, and it gave us an edge. Everyone knows how babies and sponges shit, but a natural horror with heads on both ends? It kept people guessing, even though we thought we made it pretty clear through his general disposition that Cat was the mouth-shitter.”

The writing and animation teams behind the show were under specific instruction to hide subtle indicators of Cat’s genetic misfortune throughout the series, sources confirmed.

“They were like little Easter eggs full of shit,” explained animator Leanne Morovska regarding the various clues of Cat’s colorectal larynx. “Beyond being grumpy all the time, Cat had suspiciously brown hairballs, and he never ate as much as Dog, because why would you stuff a bunch of food up your ass? Plus, the Greaser characters all referred to the two-headed abomination as ‘Cat-Butt.’ They weren’t being malicious, they were being anatomically accurate.”

Fans who have waited seventeen years since the last episode of “CatDog” aired were overjoyed to have the topic put to rest.

“I knew it all along,” said satisfied fan Clyde Haley. “From day one, I guessed that they shit out of Cat’s mouth. People always asked what made me think that, or why I would bring it up at dinner, but I was observant enough to see it. I even made a bet to my best friend back in 1998, and now that guy owes me two tickets to ‘Double Dare 2000.’”

At press time, an additional statement from Nickelodeon Studios was released declaring that, before anyone asks, yes, all the sex stuff happens in Cat’s mouth too.