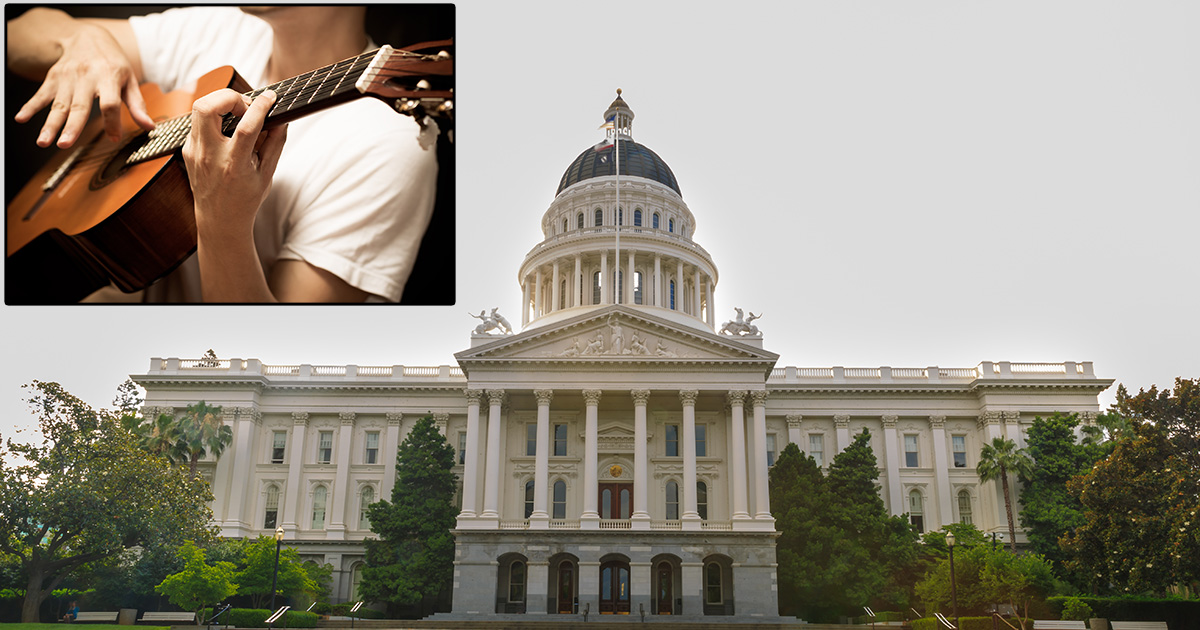 SACRAMENTO — The citizens of California overwhelmingly voted this month to ban acoustic guitarists from rhythmically slapping the low E string every second and fourth beat throughout a whole dang song, according to exit polls.

“The people of California have had enough. Every goddamn guitarist with an acoustic and a YouTube channel thinks that smacking the low string is somehow an acceptable replacement for a drummer,” stated a defiant Connor Washington, leader of Slap No More, a grassroots awareness organization who worked tirelessly to get the proposition on the ballot. “It isn’t, and it’s fucking annoying — it adds nothing to your music, and hurts the listener’s ear after a while. If you’re caught violating the law, you will be fined $600 and listeners are legally allowed to smash your guitar John Belushi-style.”

While most Californians voted in favor of the measure, not all were pleased with the result.

“Hey, mannnn, how the hell is my Jack Johnson cover project going to score gigs now? People won’t even recognize ‘Banana Pancakes’ without me thwacking the E string incessantly,” protested Los Angeleno Tanner McWitt, who is planning a counter-protest someday if he wakes up before 3 p.m. “This is like, a total impurgement of my right to party. I’m basically what Bob Marley was singing about in ‘Buffalo Soldier.’ Bob and I are kind of like kindred spirits, man… if he were alive today, he totally wouldn’t be chill with these vibes.”

Experts are shocked by the ACLU’s refusal to challenge the California ruling.

“Normally, yes, we challenge any reduction in free speech. But this one instance is pretty great: some people out there have misophonia, so please stop with the obnoxious timekeeping,” explained ACLU lawyer Lana Bartholomew. “Tap your foot or bob your head; those are fine. And there are myriad ways to keep rhythm in 2020 — a simple Google search can find effects pedals, software plugins, and royalty-free loops for keeping rhythm. Low-E slapping is the water torture of acoustic music.”

Hot on the heels of this victory, Mr. Washington announced that Slap No More would pivot towards outlawing electric guitarists from doing that thing where they pick behind the bridge or nut to get those screechy, obnoxious high notes.