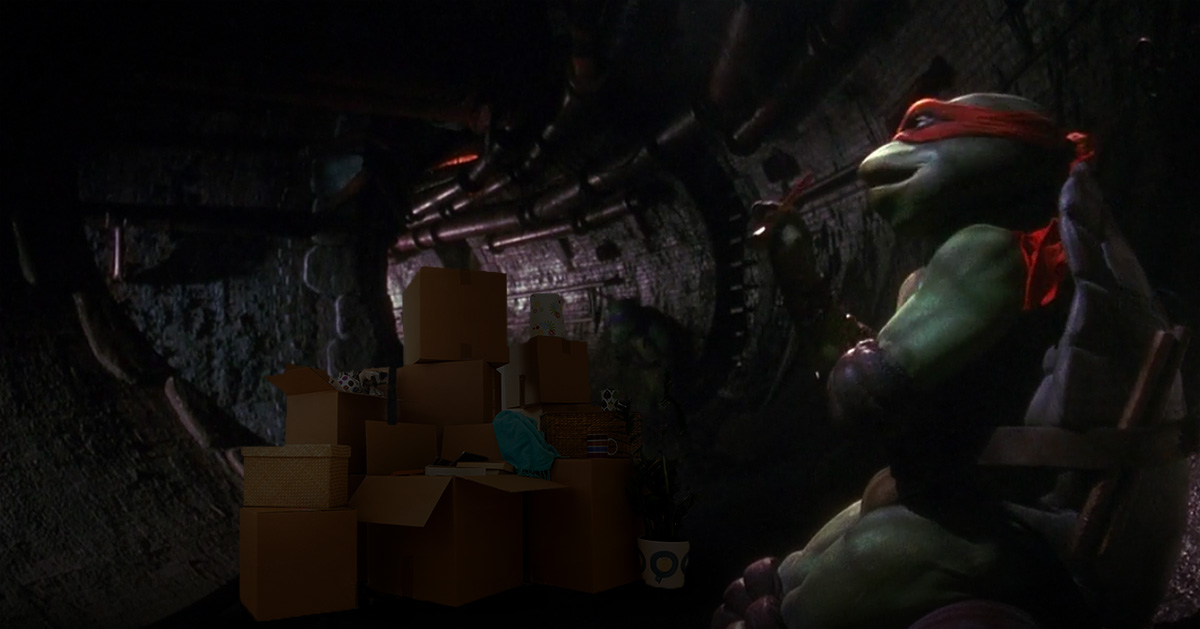 MANHATTAN — Local heroes in a half shell The Teenage Mutant Ninja Turtles are reportedly “totally bummed out” after rising rent forced them to vacate their downtown Manhattan sewer, pizza guys sick of sticking pies down sewer grates confirmed.

“Our jobs as crime-fighting ninjas just don’t pay enough to cover the new cost, dudes and dudettes. And it doesn’t help that Leonardo keeps bidding on rare collectible swords on eBay that he can’t even afford in the first place,” said Michaelangelo while making plans for a farewell “no anchovies allowed” pizza party. “We may even need to relocate to a more affordable neighborhood altogether, like one of the subterranean-based dwellings in Jersey City. I really hope it doesn’t come to that though. Jersey sewers smell like absolute shit.”

Daniel Carters, the teenage mutants’ landlord, offered his side of the story.

“As a recent investor in the Foot Clan, raising the Turtles’ rent arbitrarily was a no-brainer decision. Also, Donatello never let me play with his bo staff,” said Carters. “People love to complain about us landlords, but the fact is I had no choice but to raise the rent on those punks due to circumstances that were entirely inside my control. Mainly, the circumstances of me wanting to buy a cool speed boat. This should put me over the top. And there are so many wealthy mutants in this city willing to pay ridiculous prices for unnecessarily dank living arrangements that I can take advantage of.”

Experts weighed in on the unfortunate, yet common practice.

“Landlords are like real-life villains who get off on profiting from the basic needs of poor superheroes,” said housing expert Cynthia O’Han. “That’s literally their entire business model. Buy up a bunch of highly desirable sewer properties that less fortunate mutants need in order to survive, then jack up the price when they get settled in, just because you can. Forget Shredder and Baxter Stockman. Landlords are evil incarnate.”

At press time, the Teenage Mutant Ninja Turtles signed a lease for a new sewer residence, but chose not to include Raphael citing his lack of participation in basic household chores and frequent use of the word “damn.”