Bruce Wayne Gives Up Being Batman After Three Therapy Sessions 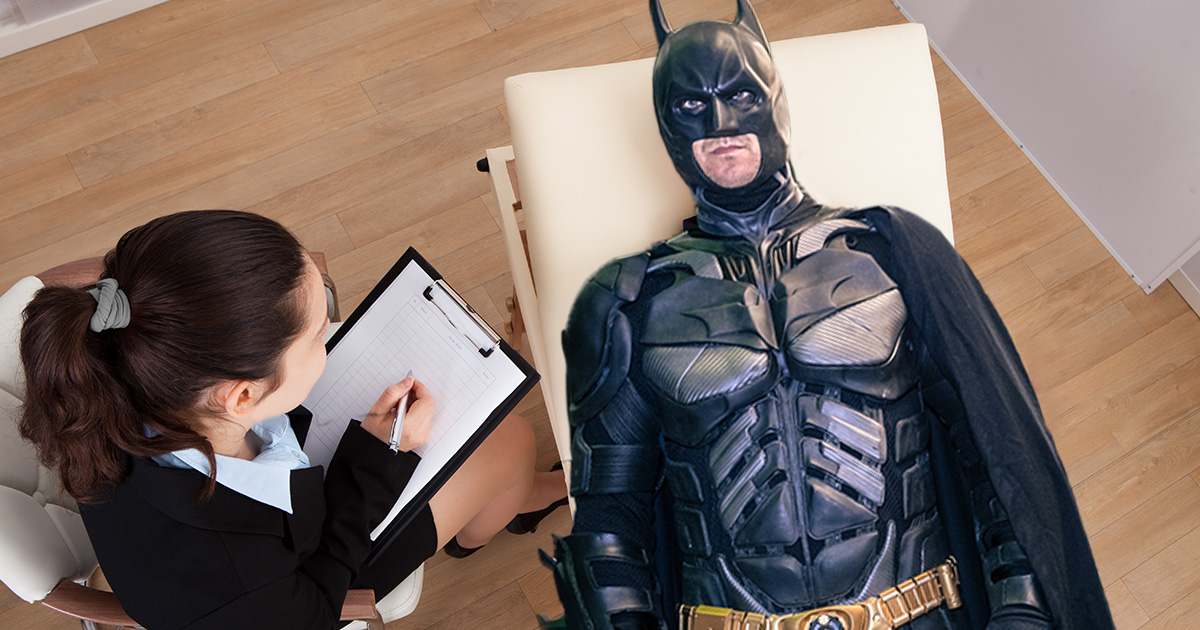 GOTHAM CITY — Billionaire Bruce Wayne, who recently revealed himself to be the masked vigilante known as Batman, has stepped away from his crusade for justice after attending just three therapy sessions.

“Believe it or not, wearing pointy bat ears, hopping across rooftops, and punching drug addicts is not the best way to deal with trauma. And it only took me a couple hours of talking out my feelings and a sertraline prescription to figure that out,” Wayne said while gathering four dozen canisters of “Bat” shark repellent and placing them into storage bins with the help of his butler Alfred Pennyworth. “I know I vowed to avenge my parents by dedicating my life to warring on all criminals, but I learned I need to start living for me — they may be dead, but I’m not yet. I mean, there is a universe where I died, my father became Batman, and my mother became the Joker, but that wasn’t this universe.”

Some members of the Gotham City police force are glad to see the Dark Knight gone.

“I ain’t gonna miss that stinkin’ bat freak,” said a wheezing Detective Harvey Bullock struggling to get out of his police cruiser. “I never understood the guy’s deal: why go to all the trouble of putting on a mask, just so you can get away with beating the piss out of petty criminals? He coulda joined the police force if that’s what he wants to do — us cops are constantly assaulting people, and we’re never held accountable. I guess he didn’t want to pay union dues or something.”

Conversely, some criminals from Batman’s rogues gallery were supportive of Wayne’s decision.

“Look, we don’t agree on many things,” said Dr. Jonathan Crane, known in Gotham as the supervillain The Scarecrow. “However, I am a clinical psychiatrist first and a deranged lunatic second, and I’m just glad he is getting the help he needs. Maybe my many fear gas attacks over the years is the thing that forced Mr. Wayne to confront his demons and get help. I can’t say for sure, but hey, a guy can dream.”

Wayne was later seen unpacking a new Lionel train set he intends to build in the recently decluttered Batcave.