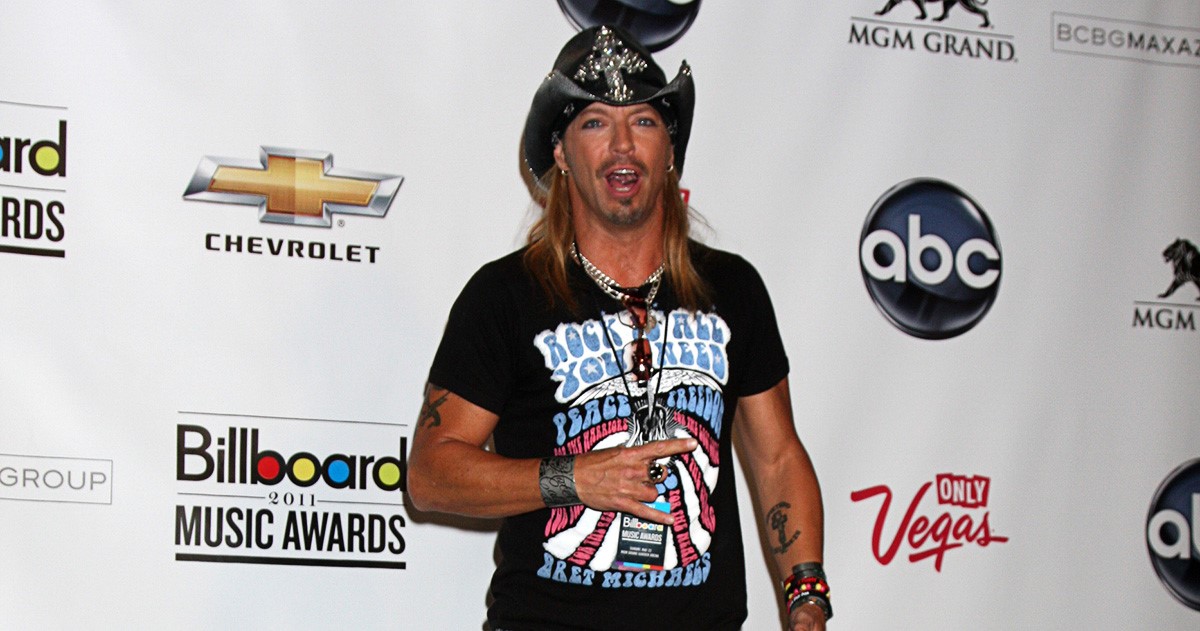 LOS ANGELES — Reality TV star and occasional musician Bret Michaels announced earlier today that he will be performing the 2007 season of his hit show “Rock of Love” in arenas across the United States later this fall.

“Nostalgia acts are huge right now, and I wanna give the people what they want,” Michaels said, adjusting his bandana. “We are going to pull out all the stops — there will be hot tubs, football in the mud, and the return of that machine producers hooked my penis up to during the phone sex competition to see who could give me the hardest-rocking boner.”

The tour is expected to feature almost every original cast member, with a few notable exceptions.

“Magdalena Widz already committed to be on another reality show starring Scorpions frontman Rudolf Schenker. Also, runner-up Heather Chadwell will be in Las Vegas shooting the film ‘Bikini Blackjack Dealers 5,’ but we’ve already replaced both actresses with holograms,” said tour manager Pete Garrison. “Originally, most of the girls said they’d rather be ‘caught dead’ than relive that experience. But you’ll be surprised what someone will do for $200 and a hot meal. Seriously, you’d be shocked to your core.”

For their part, fans are very excited to see the entire season re-created before their eyes.

“I’m not going for the hits — everyone remembers when Heather got the word ‘Bret’ tattooed on her neck,” “Rock of Love” superfan Megan Baas told reporters. “But I like the deep cuts, like when Sam pole dances, or when Jes gives Bret a shot of insulin. That’s what true fans want to see.”

However, critics across the board have already panned preview performances of the live show.

“Are people are dying to relive the ‘magic’ of 25 failed models fighting over a has-been rock star that looks like a weathered leather chair?” said LA Weekly editor Darrick Rainey. “The only interesting part of the entire show was waiting to see if Mr. Michaels’ bandana would fall off at any point so we could get some answers about his hair status.”

If the tour is a success, promoters hope to tour Ray J’s show “For the Love of Ray J,” assuming anyone can remember who Ray J is.