Body Positive Anaconda Still Wants Some Even if You Don’t Got Buns, Hun 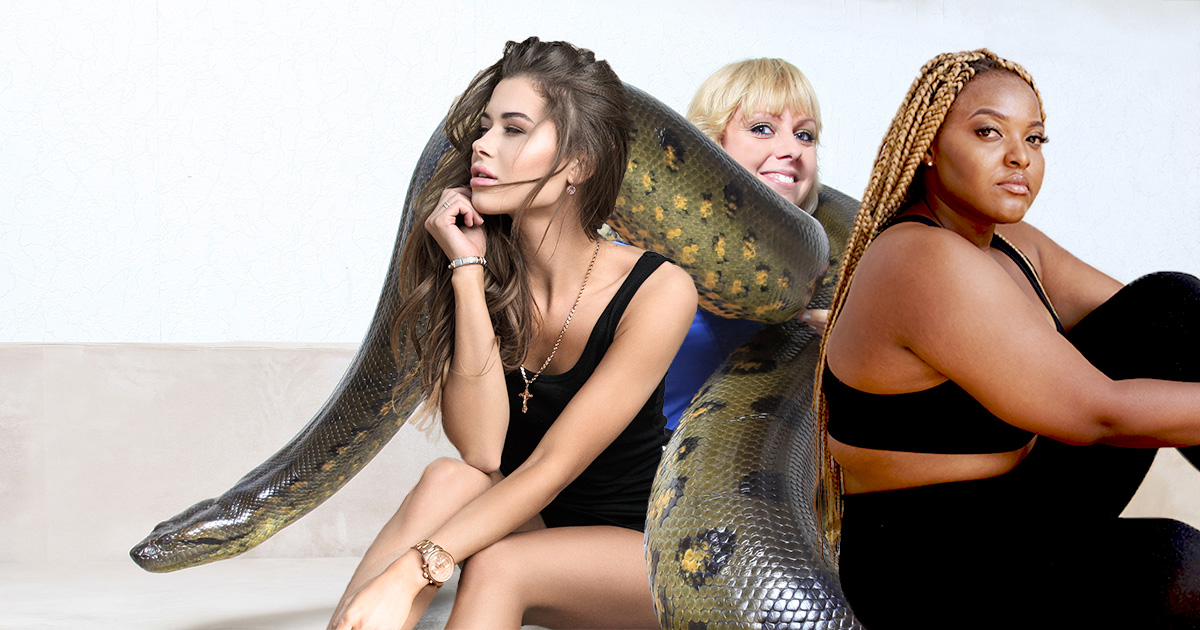 PENSACOLA, Fla. — Snake trainer Trevor Bloch raises his anacondas and other snakes to not judge potential mates by physical appearance but rather the contents of their personality, skeptical acquaintances report.

“Anacondas are routinely slandered in the media, and these depictions of snakes who only value the fattest of asses couldn’t be further from the truth,” declared Bloch, who became a devoted snake guy after the tumultuous end of a romantic relationship. “My eldest anaconda, Bertram, absolutely does not judge women by ass or titty size. He likes big racks, small racks, love handles, or skinny chicks. Stretch marks? The more the better. Or not? So how dare you judge Bertram before you even get to know him?”

Bertram the anaconda has become something of an activist in recent years, inspired by the success of Nicki Minaj’s “Anaconda” which heavily samples Sir Mix-a-Lot’s earlier “Baby Got Back.”

“These songs have created endless prejudices against anacondas for decades. People with anything smaller than 36-inch hips refuse to even come near me anymore because they assume I will judge and reject them,” said a dejected Bertram, who will publish a book of sonnets in 2022. “I just want to love. I’m a romantic at heart! I don’t care if you got buns, hun. I do care that you are a deep thinker, a lover. And yes, we will have mind-blowing sex. But it’s not dependent on your bodily attributes. It would help if the other person was open to some impact play, though.”

Rapper Sir Mix-a-Lot takes responsibility for establishing the stereotype that anacondas will pay no heed to a female unless she satisfies an unrealistic standard of beauty.

“A lot of people think I was talking about my penis in that line — first of all, that’s disgusting,” explained Sir Mix-a-Lot. “But what can I say? My pet anaconda Reggie (may he rest in peace) was just wired that way. I write truths about what I see in life. I think it’s silly to ignore basic biology that the anaconda brain gravitates towards certain visual shapes in the opposite sex. In the event that you put a male anaconda in an environment with a female anaconda who has an itty bitty waist, they do in fact get sprung. It’s just nature.”

Bertram the anaconda found himself embroiled in further controversy after snapping several pictures of petite women he wanted to get with.