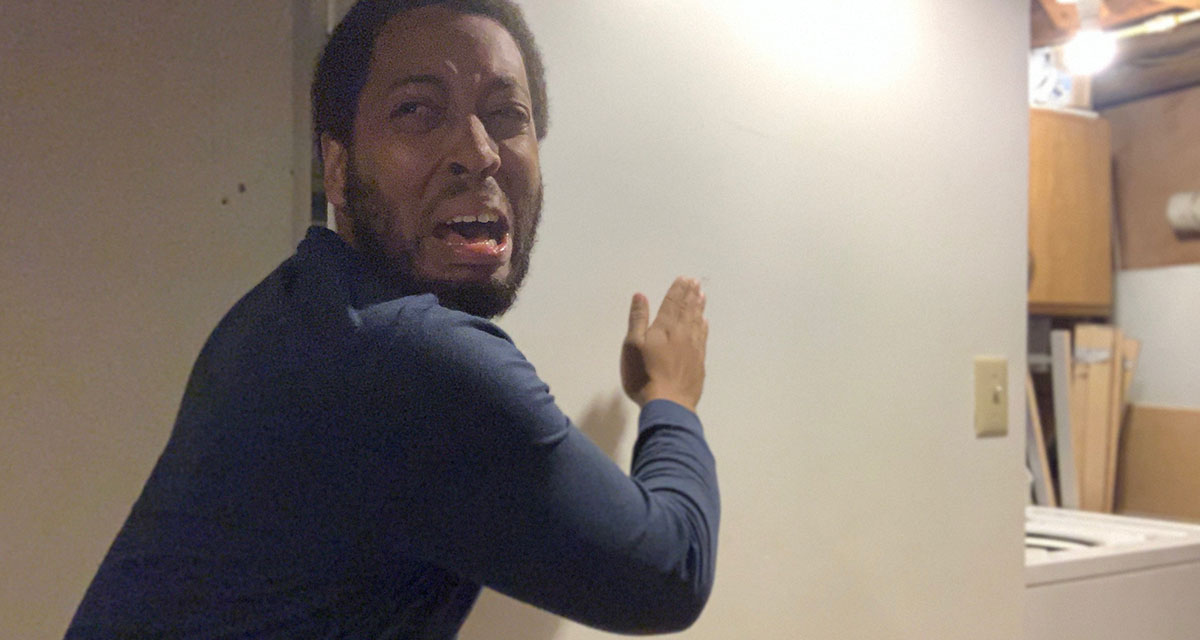 “Natasha was giving me a lot of lip because some tall jerk stood right in front of her while we were watching Death Cab,” explained Bleck in his squeaky, strained voice. “What can I say? I’m a pacifist. But she kept complaining and urging me to do something — I felt so bad for the guy having to hear this bickering all concert, I bought him a beer. That’s when she went off, and… well, I lost my cool when I got home. I’m going to have to go to urgent care to take care of my throbbing pinky fingy.”

Natasha Glenner, Bleck’s girlfriend, admitted that he isn’t the type of guy she usually dates.

“After my last string of awful, toxic boyfriends, I decided it was time to date a guy on the… heh, heh… ‘gentle’ side of the spectrum,” said Glenner between bouts of stifled chuckling. “But where most of my exes would have bashed multiple holes into drywall, Samuel… HA! Sorry. Samuel wound up with his full body to slap the wall with his palm, and then screamed out in pain at an octave so high, all the dogs in the neighborhood started howling.”

Glenner had to call a handyman to repair the dent, as the couple is moving out of their apartment and Bleck has extreme anxiety about talking to strangers on the phone.

“When she called, I thought she was in danger,” reported home repair specialist Devin Gleister. “Turns out she couldn’t get out the words without cracking up… but I definitely sensed a bit of shame in her voice, too. Anyways, when I got there, we couldn’t actually find a dent. I’m pretty sure the drywall kind of just healed itself, if that makes any sense. It was mostly a waste of time, but I got her phone number and we might get dinner next weekend, so that’s cool.”

As of press time, Glenner reportedly dumped Bleck, who is taking out his frustration by trying and failing to get drunk on Seagram’s Calypso Colada wine coolers.