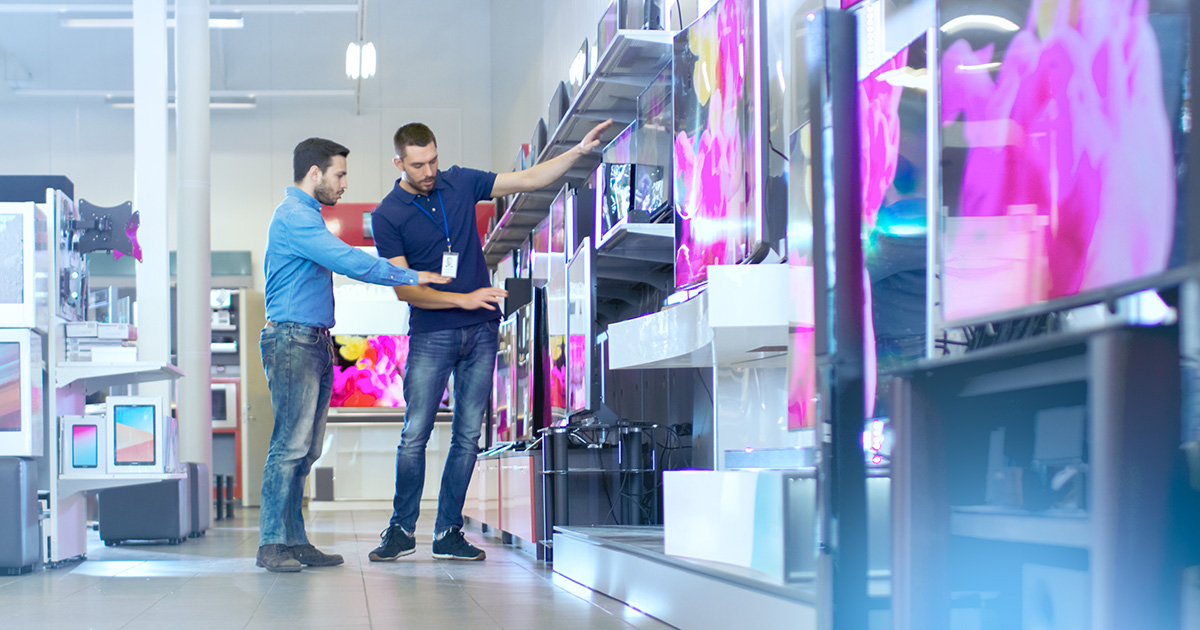 PATCHOGUE, N.Y. — Best Buy’s nationwide Black Friday sale reportedly includes huge discounts on labor with their employees being paid half-off of what they should be earning, sources already exhausted from their second and third jobs reported.

“These particular half-off deals extend through the holiday weekend and then pretty much indefinitely after that,” said Best Buy CEO Corie Barry while wearing a “Back the Blue Polo” button. “Sure, the government could technically make us pay our employees more, but that would mean we would be forced to raise the prices of our 70-inch screen televisions out of spite. I hear a lot of people crowing about how we need to pay our employees more, but those activists don’t realize that every penny we pay to workers is a penny that comes out of the pockets of our most important board members. Our workers on the sales floor need to remember that yachts don’t pay for themselves. These board members often work up to seven hours a month and need to be compensated generously for their time.”

Employees of the consumer electronics retail giant voiced their frustrations over their stagnant wages.

“Not even time and a half pay makes up for the customer who spit in my face after I informed him we sold out of DVD players like 10 years ago,” said Best Buy employee Marc Gwinn before wishing his fellow employees the opposite of TGIF. “I mean, I got a minimal raise last year but at the same time my rent and groceries inexplicably went up in price, so technically I’m somehow earning less than when I started here. At this rate, I’ll be on unemployment despite being fully employed.”

Economists believe major businesses have a little more control over their employees’ financial situations than they’d like to admit.

“It’s entirely possible for big-time corporations to pay their retail workers more livable wages, but employers like to use the excuse that these are simple and unskilled jobs so they somehow deserve less,” said analyst Nancy Clearwater. “That clearly isn’t true though. You try working a day at an office populating emails with predefined language like ‘if not, no worries’ and typing various numbers into Excel, and you tell me which is more difficult. Obviously, the answer is working on the front line with the general public on Black Friday.”

At press time, Best Buy announced a $5 gift card Christmas bonus for each hard-working employee lucky enough not to get fired immediately after the holiday season.