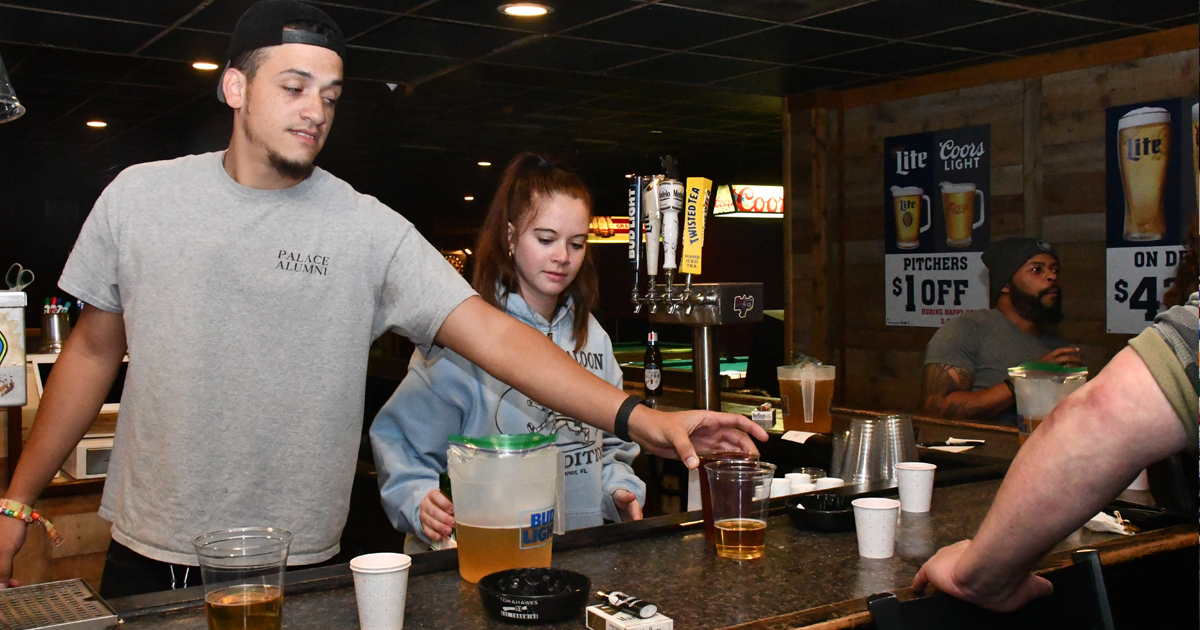 ROCHESTER, N.Y. — Brave souls slinging drinks at the Slumbar Saturday night prepared for the rush of headbangers hurling towards them during a set by LionSword after the announcement of a song off their new record.

“These metal shows are the worst. First of all, when I hear that these reformed geezer metal bands are playing at the bar, I know I won’t make shit. Metalheads are notoriously terrible tippers,” said bartender, Stacy Davis. “Secondly, these metal fans love to drink. I’m usually exhausted by the first band. Then, I get a bit of a break until they play their new, 90s Metallica-style song and it’s like a whirlwind of hair and denim vests.”

Dedicated metalhead Alan Bridges puts down both draft beers to give insight as to why the bar is packed at this particular instance.

“I was so stoked to be able to see LionSword live,” show patron Bridges explained. “I thought those guys had all died years ago. Yeah it’s cool they have the drive to put out a new album or whatever, but what I was really there for was to headbang to the classics. The worst part is the bar is packed when those new tunes are being played, cuz’ I need a beer in hand when I forget the words to bangers like ‘Skull of the Night’ and ‘Spew of Torment.’”

“Personally, I’d much rather play a gig at a park or youth center or something nowadays. Anywhere that has zero bars,” Swanson stated. “This band has spent hours away from our families that made us stop playing all those years ago to come up with this new material for the fans, and they just want to get drunk to the classics. I don’t think anyone has heard a song off our record sober. I mean, our new track, ‘Shred to the Bone,’ is face-melting. I think the sensitive, younger generation of metalheads just can’t handle the brutality of our new vision, or the nine, 90-second riffs of seasoned metal warriors like us.”

At the time this article was written, it was reported the line to the bathroom at the LionSword show was out the door.