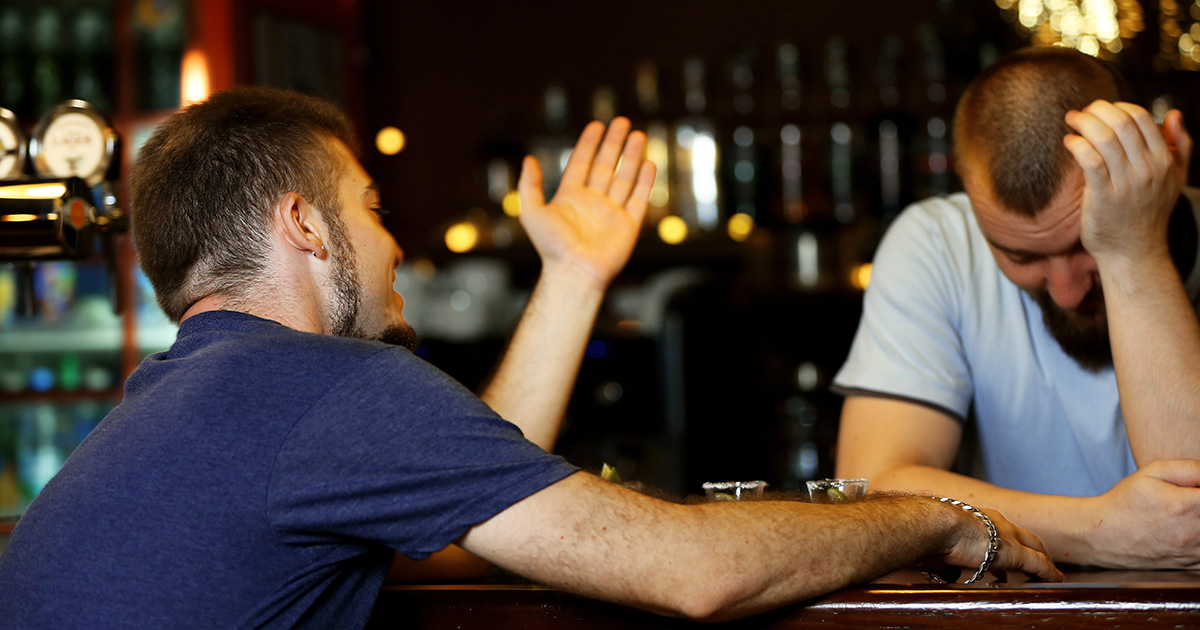 “Ben! Get me another, I’m not fucking drunk, just get me another drink or I’m going to beat the piss out of you and your father,” the incoherent lush slurred when asked for comment. “What? Oh, the pinball machine, that’s me. That’s why they like me here. Hey, bro! If your tab’s open, do me a solid and get me a beer, this trifling bitch at the bar says I can’t order no more. I’m good at the machine there though. ‘Shook Me All Night Long’ that’s a fucking banger. But it was the dude who wasn’t on the album before that, so I don’t know if the score counts. Hang on, I gotta bleed the lizard.”

Kirby confirmed the existence of the AC/DC pinball machine, but disputed the tanked loser’s version of events.

“Yeah Pete comes in here all the time, pounds Schlitz, and is usually pretty harmless,” an exasperated Kirby reported. “He keeps talking about how he holds the world record on our only pinball machine like that gives him clout here. I’ve lost count on how many times he told me how his first concert was AC/DC. I bet that was a great show, but that doesn’t really give you a free pass to puke on the pool table. If I weren’t such a nice guy, I’d Venmo him for all the cabs I’ve forced him in. I don’t think he has anywhere else to go though.”

Experts note that bars with regular clientele have to deal with patrons who overstate their worth to the bar’s community.

“People who’ve not done much with their lives feel that impressing the patrons of their regular bar is an adequate substitute for actual accomplishments,” reported cultural expert Miles Klee. “Bars have their own internal lore and, it would seem, Mr. Brooks wanted to have his proverbial jersey hanging in the bar’s rafters, but that’s usually done with more respectability. High pinball scores are normally only admired by people who the staff and regulars like, not some juicehead who’s threatened to stab most of the staff and refuses to leave at last call.”

At press time, sources reported that Brooks was being calmed down by other patrons outside the bar as he promised to take on all “ you punk ass motherfuckers.”