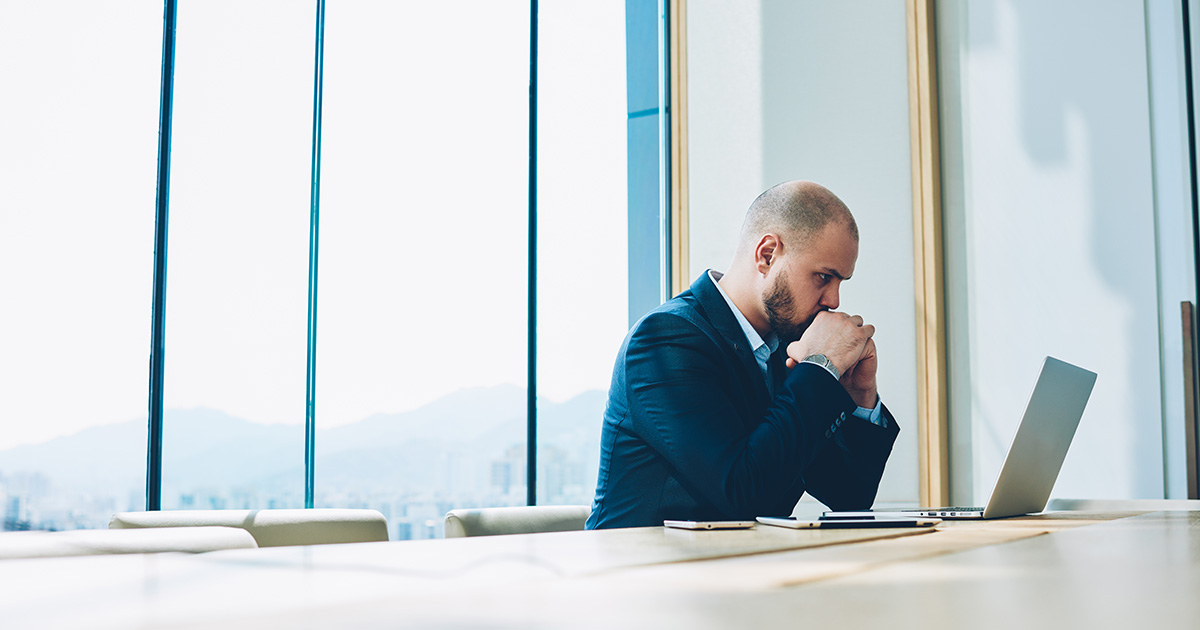 NEW YORK — OneStar Bank CEO Finnegan Bostwick claimed today that if the U.S. Congress doesn’t pass a separate bailout including $40 billion for his company amidst the coronavirus pandemic, he’ll be forced to move back in with his mom and dad.

“This coronavirus scare is shutting down businesses left and right — no one can pay their loans, and thus, I can’t even pay telemarketers and repo men to harass delinquent customers because nobody wants to catch the ’rona,’” Bostwick said during a shareholders’ meeting held via Zoom. “Hell, right now I can’t maintain all six of my Manhattan penthouses, so it might be back to Lodi with Carol and Jim for me: they’re gonna make me do my own laundry and pay rent. This fucking blows.”

“What the so-called ‘working-class people’ don’t understand is that when you have more money, you have to spend more money, so I’m basically in the same situation as all of them,” continued Bostwick, whose monthly yacht maintenance fees surpass $400,000.

“Finnegan is a bright boy, but he’s always been so dependent on others,” explained Mrs. Bostwick while cooking a pot roast. “Before, he came running the moment OneStar Bank couldn’t cut him a check for a new property in Dubai. He was always so musical — I wish he would’ve started a band instead of going to school for economics; he’d be so much happier. And now his father and I will have to have boring, quiet sex since he’ll be sleeping in his childhood bedroom.”

“If you have a shred of decency, you can see the insurmountable struggle these CEOS are about to endure, and that’s why we must pass this stimulus,” explained Mnuchin in an emotional plea to Jake Tapper on CNN. “Most bank executives get yearly bonuses of between $10 and $30 million, but they already factor that into their yearly budgets, so it’s not even really like getting extra money. We need to protect them. I don’t want to live in a world where our finest CEOs have to drive Mazdas. Lord God, help us.”