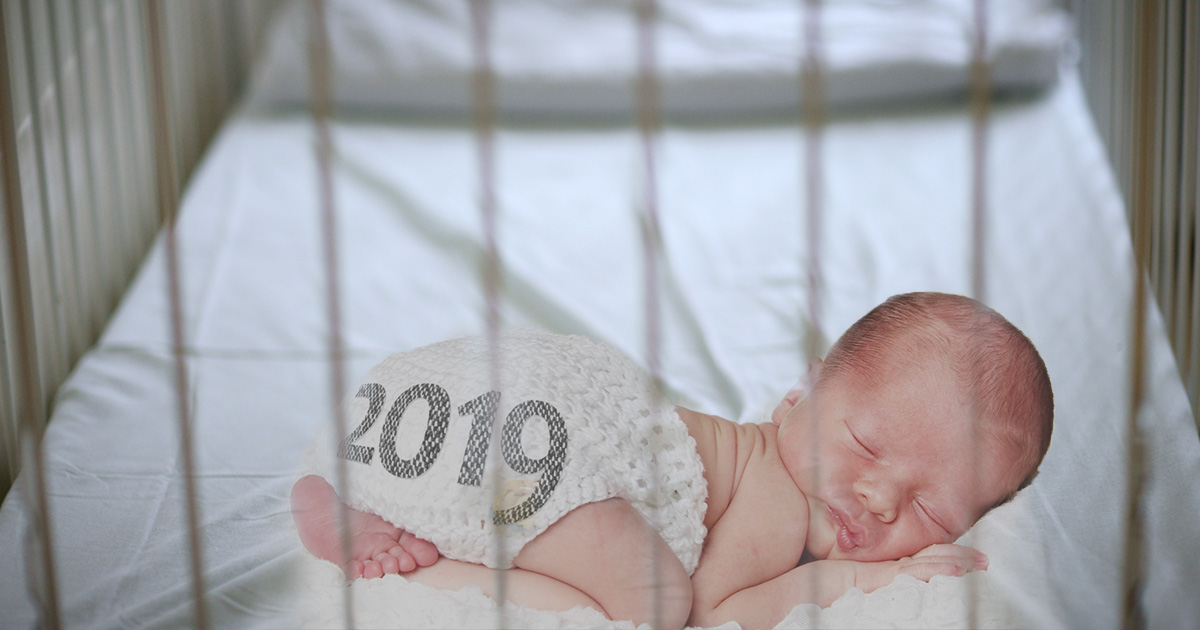 EL PASO, Texas — Baby New Year, the mythical personification of hope and change, was detained at the Mexican/American border by ICE agents late last night, sparking protests and threats of violence from both sides.

“I’ve heard varying reports from activist groups stationed at the border, but it looks like Father Time and Baby New Year were trying to cross the time zones and the border at the same time when they were separated, and they didn’t have proper documentation,” said Rita Baker, one of many gathered outside of the White House to protest the incident. “I heard Father Time is being held in an overcrowded cell, and Baby New Year is in a facility for children 10 miles north.”

“There’s a chance the entire west coast might not be able to ring the new year for another five to 10 days,” added Baker.

President Trump defended his polarizing policy, as well as the actions of ICE, on Twitter early this morning, deflecting blame for ruining the traditionally positive reception to the baby’s annual appearance.

“This baby wants to just crawl into our country every year, and the fake news wants to celebrate it,” said Trump in one of a series of tweets. “We NEED a wall for Border Patrol. Very bad baby!”

Holding a press conference to address reporters later in the day, Trump added, “No one’s got any papers on this kid. They say it’s a kid, but I don’t know… time is really old. Like, Nancy Pelosi old, OK?”

The detention of the baby was met with outrage across the country, with several impromptu protest marches organized overnight.

“The idea of Baby New Year is as old as the fabric of our country,” said Forrest Lattimer, an activist leading a demonstration in Los Angeles. “ICE released a photo of the baby, claiming the child was in perfect health… but it seems border agents confiscated the baby’s trademark top hat and sash. This is the end times. The American dream is dead.”

At press time, Baby New Year had already aged from an infant to a toddler, and thus was moved to a different, undisclosed location.