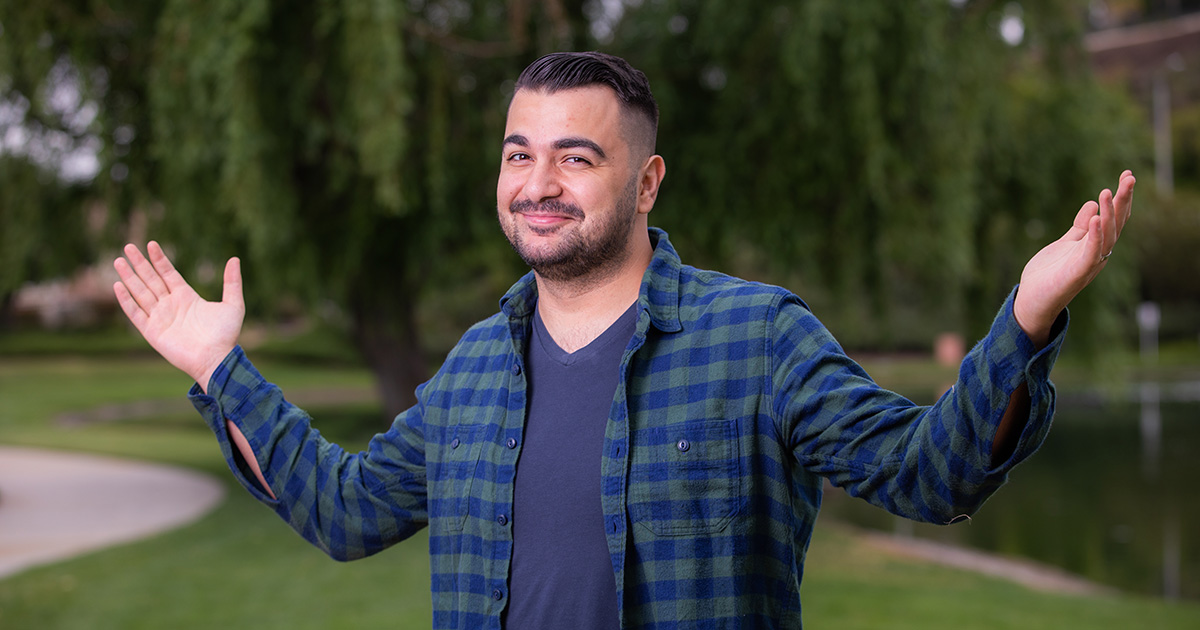 SAN FRANCISCO — Self described “ass-guy” Greg Barker considers his preference for women’s asses over their breasts as admission as a member of the LGBTQ community, universally stumping everyone who knows anything about the spectrum of sexuality.

“It feels so good to be open and out about my sexuality,” Barker said in a 3,000 word Facebook post about the subject. “Growing up, I always knew something was different about me. All my friends were into titties, but not me — I was one hundo percent about the ass. And don’t get me wrong, I like boobs too… but I guess that makes me bisexual. Ass and titties all day, with a preference for ass. You know, as long as it’s completely devoid of hair, and on a lady.”

Barker’s friends and family have been widely accepting of his new identity. Barker’s mother, Claudia Barker, has been especially outspoken about it.

“I know it must have been incredibly difficult for him to come out to us, but we’re all very supportive of Greggie and we love him no matter what. Whether he’s into boobs, butts, legs, or feet, he’s still our son,” Claudia Barker said. “I’m so happy that he’ll finally have new LGBTQ spaces and friends who understand his unique worldview: that there’s nothing better than watching a fat booty ass-clap.”

Despite many in Barker’s social circle praising him for his openness, he has also drawn some criticism — including from activist Shari Mitchell, who disagreed about his status as part of the LGBTQ community.

“Uhhhhhhhhhhhhhhhhhhhhhhhhhhhhh, no?” said Mitchell. “This is… this is not true? Like, I’m not trying to gatekeep being gay, but you’re not queer for liking women’s butts more than boobs. Am I losing my fucking mind here? I guess I shouldn’t be surprised. I had friends who enjoyed ‘Queer as Folk’ when I was a teenager and they thought that made them ‘gay-ish.’ Just fucking stop. Everyone stop.”

Barker was last seen at a local lesbian bar, hoping to pick up chicks.