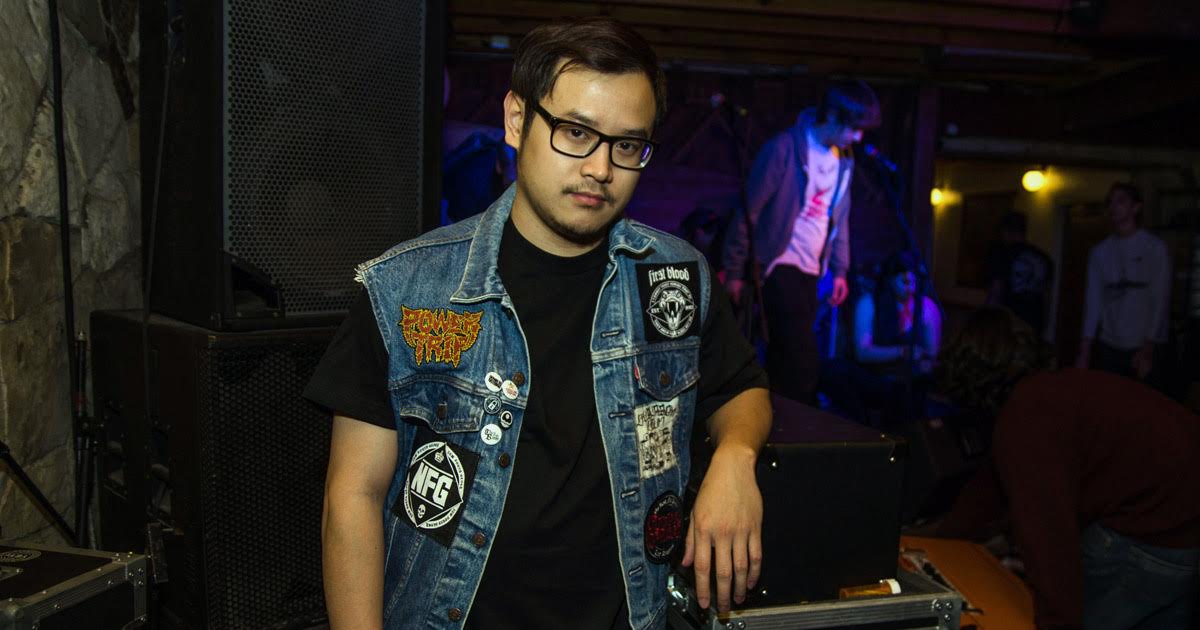 “I mean, I guess being Black and being Asian aren’t the same thing,” said fellow punk India McCarthy, fiddling with her dreamcatcher necklace. “But, to be honest, he’s as close as we get. Who else can tell us why ‘All Lives Matter’ is racist?”

While a familiar face at New England basement shows, Luo’s attendance has transitioned from an act of leisure to one of duty. “I wanted to contribute to punk rock, but I never wanted to get involved like this,” a weary Luo said. “But after overhearing yet another person complain that they couldn’t use the n-word, ‘but ‘they’ can,’ I knew I had to step in.”

Luo has since endured countless queries from dreadlocked white people about the differences between African-American vernacular English and “broken English.”

“I have a standard response for well-meaning punks who inevitably praise my ‘excellent English,’” Luo said, recounting his history as diversity explicator-at-large for Boston punks. “English is my first language.”

“As the rising desire for ‘wokeness’ outpaces involved people of color, we’re seeing this in scenes across the country,” said Bridget Thatcher, a hardcore sociologist at the Smith College Emotional Labor Institute. “In California, mostly Hispanic punks bear this burden. In extreme cases like the Pacific Northwest, the responsibility falls on a disparate number of Jewish punks.”

Unfortunately, despite his best efforts, Luo is unsure if he’s making a difference.

“People message me constantly. I don’t have time to respond to them all,” said Luo. “I’m booked solid tonight. I have to meet a whole bunch of Boston stand-ups who need me to tell them if their set is racist.”