Man Clearly Working Through Some Issues in Pit 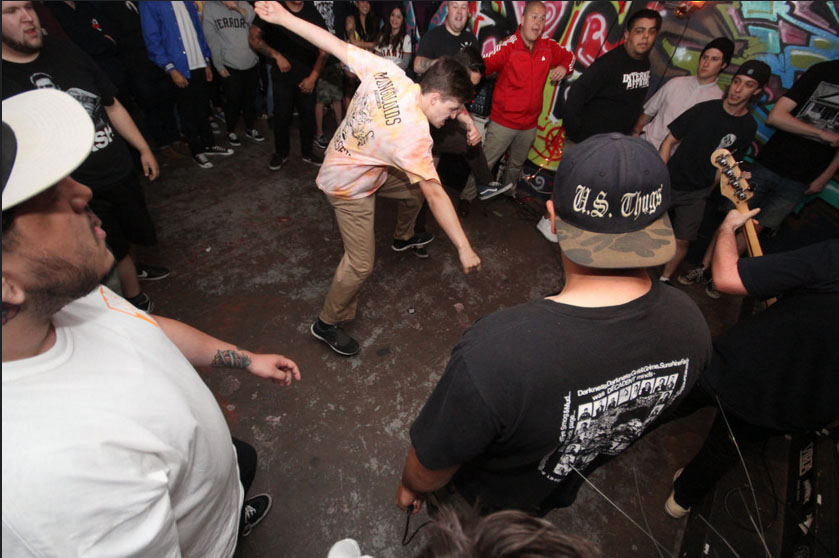 SOUTH BEND, IN — Multiple audience members attending a show at The Rectory last night report that one overly-enthusiastic man was clearly sorting out a few personal issues in the pit.

James “Puggs” Puggstein, 25, was observed moshing far more forcefully than others, performing a record number of impassioned spin kicks and wall-to-walls while grunting forcefully, pounding his chest and pointing at other audience members, telling them to “bring it.”

“Yeah, you could tell Puggs was really working through some shit last night,” said Jason Pacioretty, a close friend of Puggstein. “He’s usually a dedicated pitter, sure, but he looked like he might have been hyperventilating and he says it was sweat but I swear I saw a tear.”

Puggstein, the chief delivery cyclist for a local vegan restaurant, was a force to be reckoned with during each band’s set, often shouting at the ceiling about someone named “Angela” before barrel rolling into other concert-goers knees.

“Angela’s his girlfriend,” said Andrew Seguin, Puggstein’s roommate. “Or, ex-girlfriend now, I guess. Yeah, poor guy was out running food downtown and caught her with some other dude coming out of — get this — an Outback Steakhouse. From what I can tell, she tried to explain herself, but he just called her a ‘bloodmouth’ and pedaled away.”

In between sets, Puggstein was seen alone sitting alone in the corner scrolling through his iPhone, deleting pictures and text messages. When asked for comment, he said he “didn’t want to talk about it” and, after a pause, “We have been together four months, does that mean nothing to her?”

It remains unclear whether Puggstein was able to fully exorcise his personal demons within the pit, though Seguin reported it was the first night all week Puggstein slept through the night without waking up to scream in the shower.

“Y’know, I talked with Angela this morning,” Seguin continued. “Apparently that guy was her cousin or something, and just wanted to catch up while he was in town. According to her she just had a Bloomin’ Onion. But you just can’t get through to the kid, sometimes.”