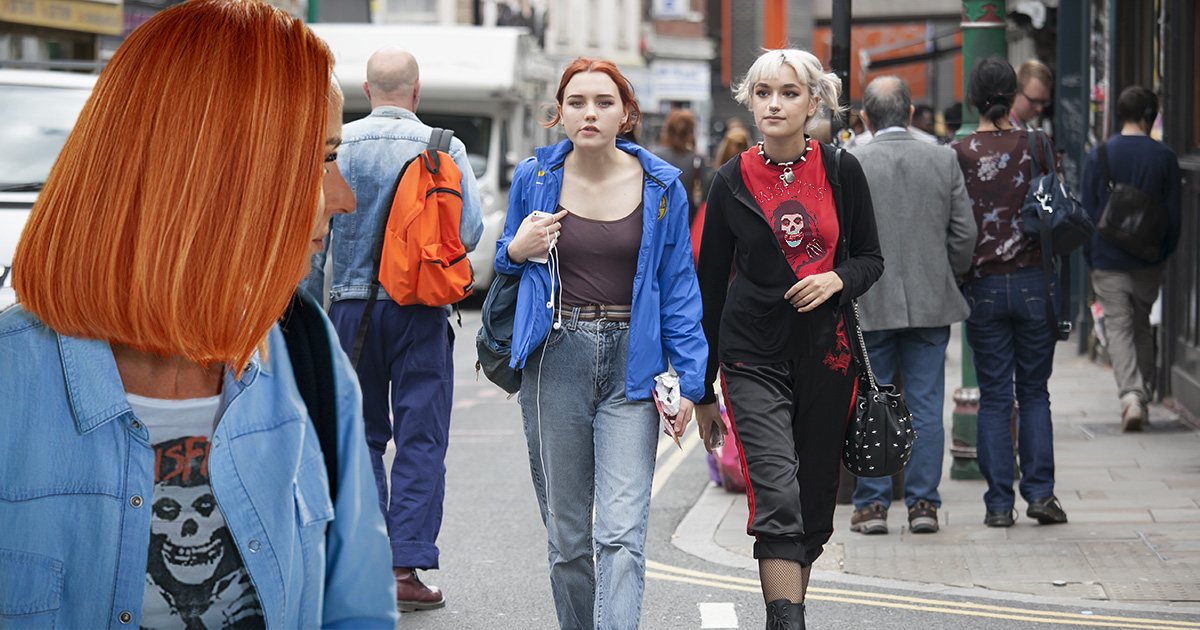 FAYETTEVILLE, Ark. — Aging punk and generally anxious person in a Misfits T-shirt Hollie Wallace parked super far away from teenagers hanging out at a local strip mall yesterday in an effort to avoid walking anywhere near them, as one of them was wearing the same shirt, bewildered witnesses confirm.

“I know there’s plenty of parking over near the front of the plaza,” the 36-year-old stated. “But there’s no way I’m getting out of this piece-of-garbage ‘91 Oldsmobile Cutlass Supreme to willingly walk into Big Lots looking for wholesale weaved baskets in front of that crew of kids. They’d rip me to shreds, I’m sure of it. They’re even all wearing sick, torn-up band tees and they’re definitely gonna say something about my shirt. Can I still pull these things off?”

“Fuck, they’re fuckin’ cool,” she added. “How the hell is it possible to look that badass in the suburbs when you can’t even legally drive a car yet?”

Wallace’s friends claim her fears have been growing as far back as a decade ago.

“Once she started turning down free Evan Williams shot luges and homemade pepper pony poppers in the back alley of the Bug Jar, we knew it was the beginning of the end for her,” said Wallace’s longtime friend Gina Garcia. “And she always has a convenient excuse to skip shows: work went overtime, had to take the dog on a walk, a fractured tibia… She’s allegedly had appendicitis twice now. We all know she’s avoiding going out because she’s terrified of some literal child at a show challenging her credibility as a member of the scene she in fact actually helped create.”

“You mean that lady wearing the Misfits shirt?” said Mason. “Yeah, she kind of reminded me of my older sister. She looked cool, so we tried flagging her over to see if she’d buy us some cigarettes and beer. We started yelling and waving to get her attention, but she just kept looking at her phone and eventually ran into the store. She must’ve been to a lot of loud-ass shows in her day, because she’s deaf as shit!”

When reached for further comment at 5 p.m., Wallace was too busy getting ready for bed to reply.