Aging Promoter Offers Band Terrifying Glimpse of What They May Become 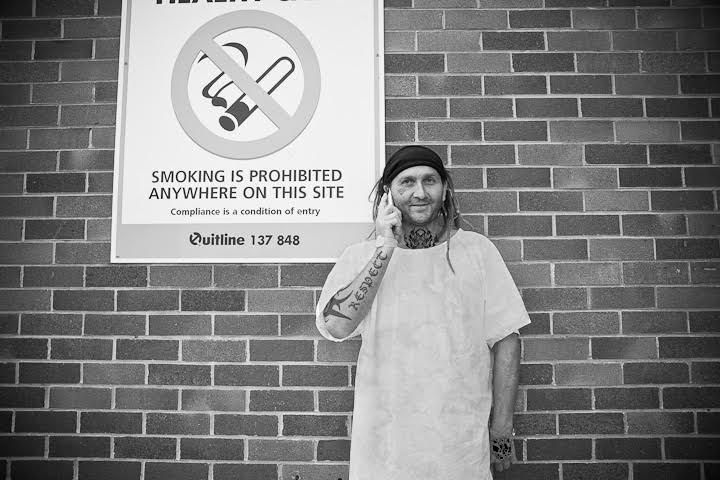 ALBANY, N.Y. – Show promoter Steve “Froggy” Fordham is a DIY legend in Albany. He cares deeply about the next generation of bands coming up in the scene, so he routinely offers local and touring bands spots on his shows and a terrifying glimpse of what they may become.

The Burlington-based metal trio, Deerstroid, were only the latest batch of musicians to have their life forever changed by Froggy.

“He had like three graying dreads coming out of the side of his head, fluorescent yellow teeth, and could have been anywhere from 35 to 60 years old,” commented a visibly shaken Trent Ortiz, bassist of Deerstroid. “As soon as I get home I am finishing my last semester of college. I can’t be the next Froggy.”

Deerstroid played at the Red Palace, a DIY space behind an abandoned thumbtack factory run solely by Froggy. There were 11 people in attendance, most of whom looked, behaved, and smelled identical to Froggy.

Several times during their set Deerstroid stopped and silently stared at Froggy, who was alternating between chugging warm Natural Ices and trying to start a pit with the few attendees.

“After our set, he put his grimy, tattooed hand on my shoulder and told me he was so happy that he followed his dreams, because if he didn’t, he wouldn’t have all this,” said Noah Elias, Deerstroid’s drummer, as he gestured to the walls covered in graffiti and urine.  “He told me I should stick with it. He was once like me. He was once like me.”

“For all intents and purposes, Froggy should be someone that I should admire. He hasn’t sold out and worked a desk job and he embodies DIY or die but why does his existence make me so sad?” commented Noah. “I mean the only thing I want to do is to play metal, but at what cost?”

At press time Froggy was pressuring the members of Deerstroid to go “party” with him by the train tracks and stating that “health insurance is just another form of government mind control.”