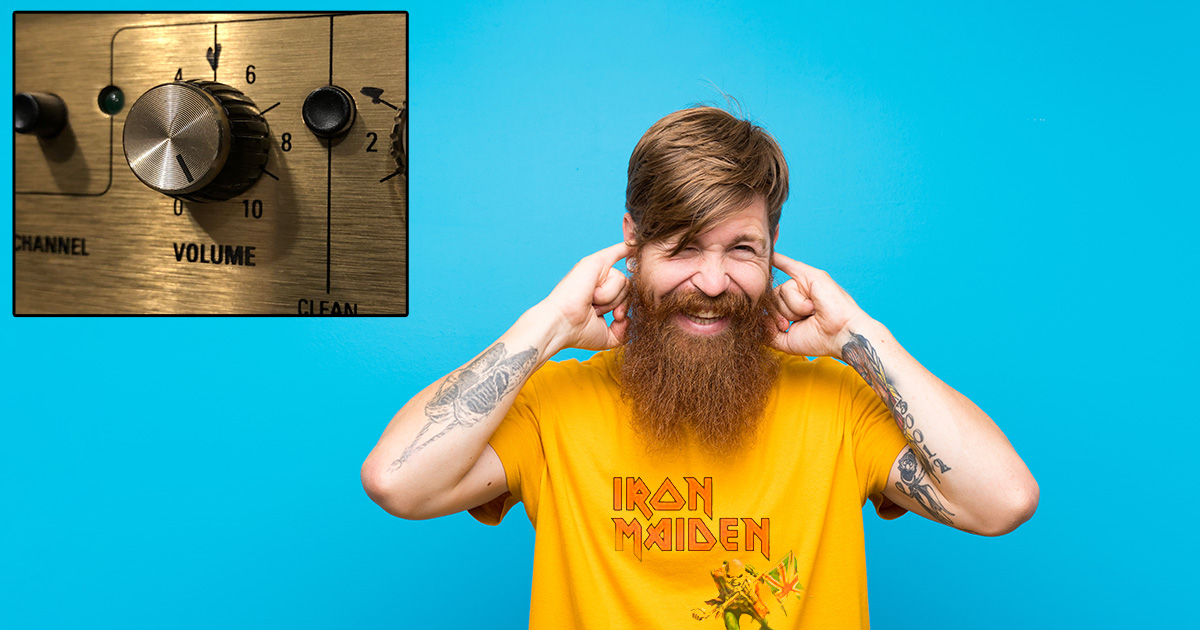 RICHMOND, Va. — Local metalhead Kevin Miller turned the volume down on his amp from 11 to 10 earlier this morning in a clear indicator of his advancing age, saddened metal enthusiasts confirm.

“I just couldn’t handle it anymore,” said Miller, who turned 38 last weekend. “You can only play along to ‘Painkiller’ at maximum volume so many times. The last thing I wanted was to spark another migraine, so I did what any reasonable metal maniac would do: brewed some tea, turned the volume down a notch, and only headbanged during the guitar solo. I think it actually sounds much better this way, too — I feel like I can hear more of the actual riff when it’s quieter.”

Miller’s friends are growing concerned for him.

“Being less active is one thing: getting more of a beer belly, knees buckling in the pit after only a few songs, getting progressively angrier about paying taxes… it happens to all of us,” said friend Ralph Richardson. “But when he passed on tickets to the Crüe reunion tour with Poison and Def Leppard to go to his kid’s band recital, we got worried — they were only playing bullshit like ‘Jimmy Crack Corn;’ nothing even close to metal. Now that we know he’s turning down Mötörhead during his commute, it’s basically the final nail in the coffin.”

Dr. Annie Flenderson, with a Ph.D. in Metal Aging Sciences from Carnegie Mellon University, claimed this is very common.

“We see this all the time with metalheads getting older: it starts with maxing out at 16 beers for the night, followed by skipping Thursday night shows, leaving the sleeves on your shirts,” said Dr. Flenderson. “When a metalhead turns the volume of their music down to a tolerable level, the cycle is complete, and it is time to start making end-of-life plans. It’s jarring, but all absolutely natural.”

Miller’s friends are planning an intervention for next week after realizing he’s failed to yell “Fucking Slayer!” even once in the last six months.