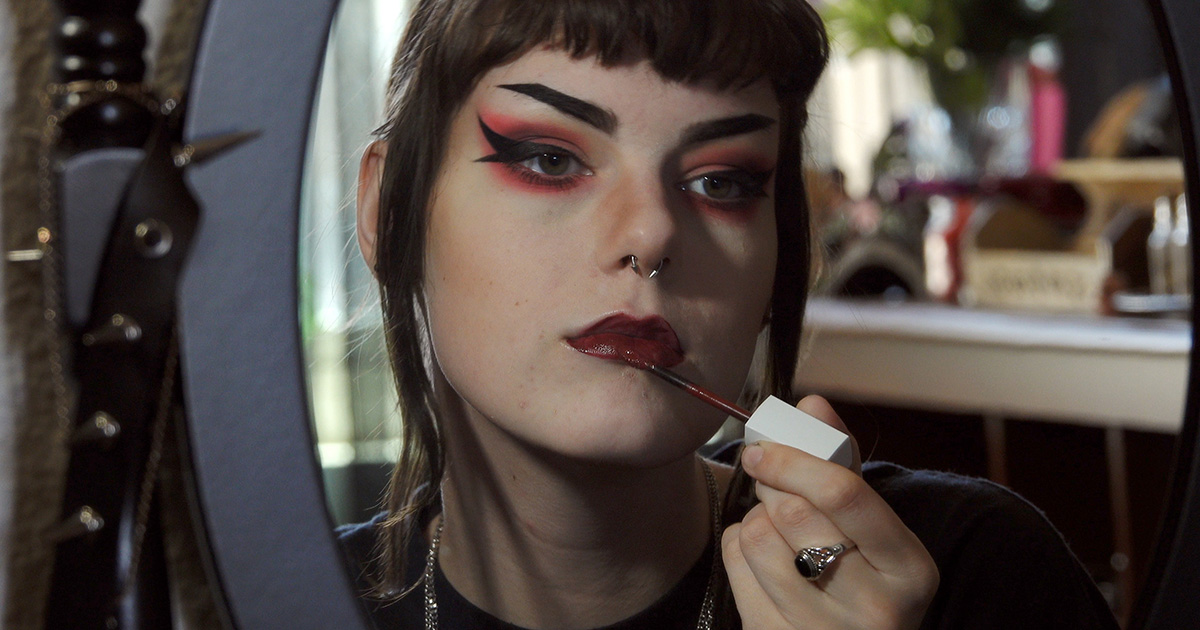 CHICAGO — Aging goth Ashe Montresor is barely managing to push through their daily 170-minute ritual of applying the appropriate makeup to make them look spooky to the average citizen, confirmed sources who wish they had showered before Montresor went into the bathroom.

“When I was sixteen, this was a snap,” Montresor said while gesturing at a bathroom counter full of various grease-paints and eyeliners. “Not only was it part of my identity as a goth, it was something I loved to do. The layers of primer, the color corrections, the smoky eyes that differentiate me as a creature of darkness, far from the shallow daylight world, it all felt sensual and mysterious. Now, it’s just a fucking drag. I’m 38, staying up all night in noisy clubs is a nightmare, and spending nearly three hours a day with this shit doesn’t really seem worth it. My pores are clogged to shit. But I’m a goth elder now, and all the baby goths look up to me as a role model. I can’t let them down.”

“I remember when Ashe first started with all the makeup and ravens and stuff,” Taddsmith said. “I have to admit, it was really pristine, just perfectly done. I mean, it was irritating that they were always stealing my mascara instead of just going to CVS. But they took the time to get the little ankh by their eyes just right. Now, they’re just smearing some Maybelline over those crow’s feet and calling it good. Don’t even get me started on what’s going on with that nasolabial fold. Yikes.”

Local makeup artist Alan Narvaez is familiar with this kind of burnout.

“People don’t realize what they’re setting themselves up for when they become a goth,” Narvaez explained, grimacing at several photos of Montresor’s recent handiwork. “Teens just want to seem cool and mysterious and maybe makeout in a graveyard, then boom, it’s $400 a week at Sephora and weekly herbal steams over the sink. It’s practically unethical to let kids get involved in that kind of thing without someone to offer options. It’s like letting a high school senior join the army, except with better music.”

As of press time, an exhausted, sweaty Montresor was sorting through their collection of heavy leather trenchcoats in 95 degree heat.