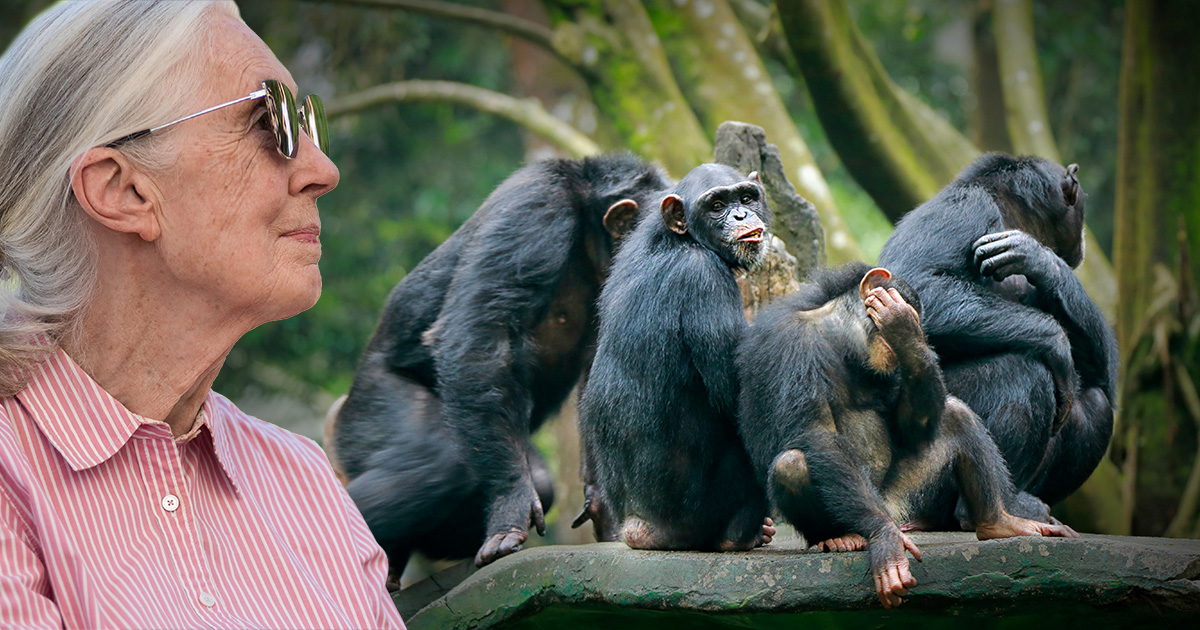 LONDON — World-famous primatologist Dame Jane Goodall announced today that, after 60 years of studying chimpanzees in their native habitat, she has found that broiling is by far the most satisfying method of cooking and eating chimp flesh.

“It’s been more than half a century, but now I can finally say with near certainty that the most delectable way to serve chimp meat is by marinating it overnight in a Carolina-style barbecue sauce and placing the ape steak under a broiler for five to six minutes,” explained Goodall. “While other methods of cooking — poached, braised, and even chicken-fried chimp — are enjoyable, there’s just no beating the smoky tang of a vinegar-based sauce smothered over the loin of one of our freshly slaughtered evolutionary relatives.”

BBC reporter Julia Hussain was horrified after learning the truth about Goodall during a recent interview.

“My time with Ms. Goodall has left me disillusioned, to say the least. Keep in mind, this is a petite, 86-year-old English woman… and yet, there she was with sauce on her face, the table cloth tucked into her shirt, and a pile of large, obvious primate bones that she had just picked clean on her plate,” said Hussain. “She unbuckled the top button of her pants and allowed me to ask some questions, but she seemed too drowsy from over-eating. She also repeatedly referred to the common chimpanzee as ‘some monkeys.’ When I corrected her, she screamed, ‘Who gives a shit?’ and then belched so loud she rattled the silverware.”

Michelin Star chef Kerry Kennan commented on Goodall’s “bravery” in coming forth with her findings.

“As if I couldn’t respect Jane Goodall any more — for her to have the courage to say what we were all thinking, it’s amazing and mouthwatering,” said Kennan. “I’m hoping her research opens up new opportunities to serve chimp meat in restaurants. But why stop there? Why not eat other endangered animals? Hell, the planet’s only going to be inhabitable for another 50, 60 years tops. What’s the difference? Let’s live a little, man.”

Goodall has since been banned from the historic London Zoo after witnesses spotted her licking her lips while holding a knife and fork outside the primate house.