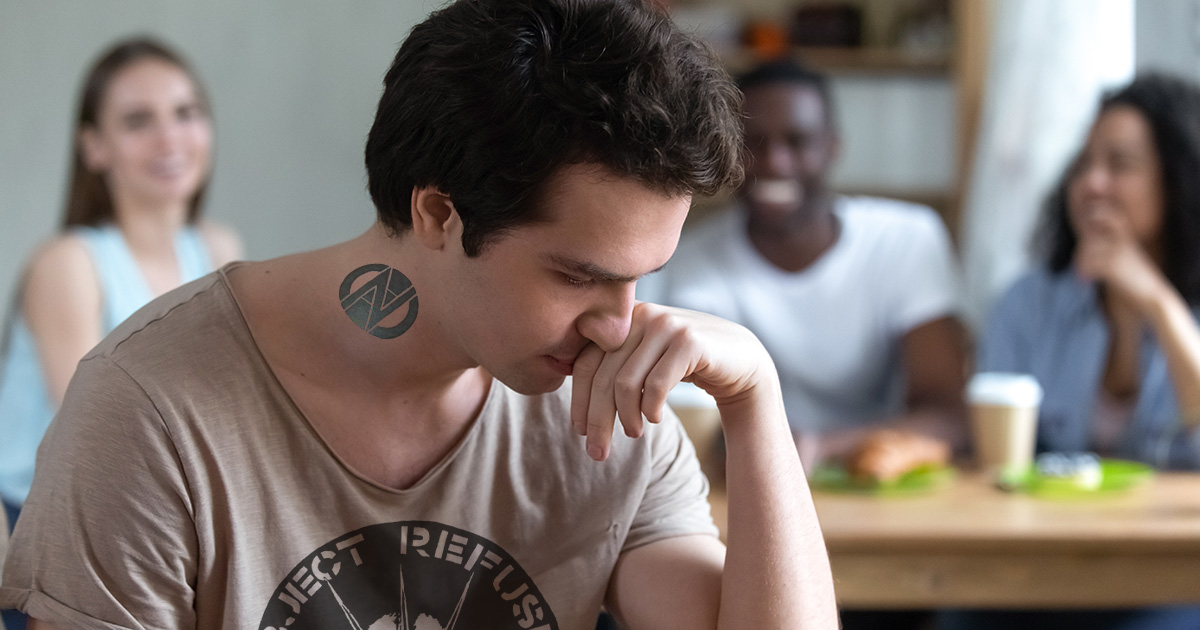 NORWALK, Conn. — Local punk and low-ranking member of his friend group Brandon Smith is reportedly completely unaware of his status in the hierarchical structure of his social circle, slightly annoyed sources confirmed.

“Let’s be honest: Brandon’s always been just… kind of there,” said legitimate player in the squad Dave Walsh. “Like, he’s fine to have around, and he’s funny sometimes… but he certainly doesn’t make or break a hangout situation. He’s the last person we text if we need another player for pick-up basketball or something, and some of us even hide our video game consoles when he comes over just so he doesn’t try to play with us.”

For his part, Smith has tried to be more active in recent weeks, trying to make plans around his work schedule, starting new group chats, and asking others to spot him financially.

“Who the fuck does he think he is? Like, if he’s around, it’s always fine… but he invited himself to the movies the other day and asked me to split popcorn with him. Come on,” said Omar Klein, who is often described as a “solid bro.” “Brandon’s not even part of going to the movies usually — that’s my thing with Laura, Christian, Dave, Big Tom, Chip, Medium Tom, and Sammi, you know? When the movie was over, we went to the bathroom and he stood at the urinal right next to mine, even though all of them were open. It’s not a huge deal, but still weird.”

Smith’s own mother admitted her son struggles with a lack of judgement.

“I don’t know what Brandon’s thinking — he’s textbook definition adjace. He’s been that way his entire life,” said Linda Smith. “I don’t know if it’s something I might’ve done to warp his perception, but he always invites himself to my cookouts and birthday parties, and I just want to be like, ‘This is for your older siblings, maybe just stay home next time,’ but I never do. I guess I just feel bad.”

At press time, Smith was sending a mass text suggesting the gang get matching tattoos.