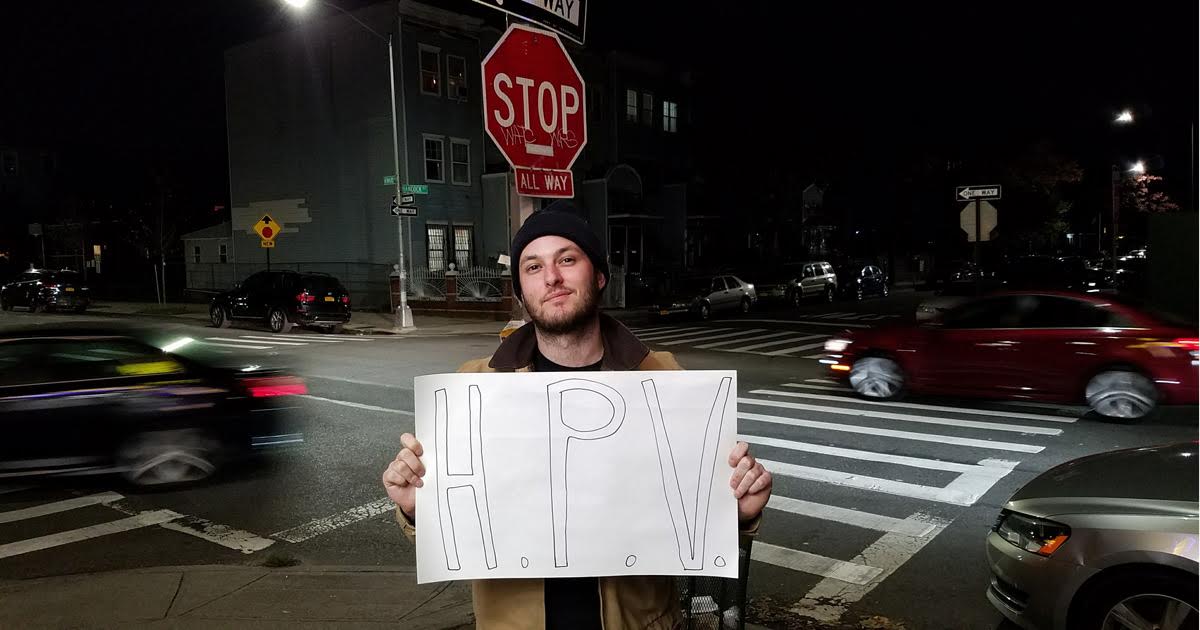 “We met on Plenty of Fish. I thought his bio was interesting,” said Laura Bergman, who encountered Morgan in April. “We got drinks, and one thing led to another… but then, I woke up next to a pamphlet about Podofilox, and I saw he blocked me on Facebook.”

Morgan, a 26-year-old whose LinkedIn lists his most recent accomplishment as “graduating from the School of Hard Knocks,” acknowledged that not everyone agrees with his extreme techniques.

“Look, I’m a doer,” said Morgan. “People have always taken issue with uncommon methods of activism. People lost their shit when Gandhi stopped eating and fuck, you know? I’m on my feet all day handing out literature about a disease I’m rampantly spreading by night. Some guys would leave without saying anything, but I let these women know two things: that I have a severe latex allergy, and they should get a Pap smear.”

All of Morgan’s former sexual partners reported they’d been completely aware of HPV and its side effects before encountering him.

“At first, I was really upset, but you can’t say his methods are ineffective,” said Jacqui Moore, another woman who’d spent an evening with Morgan. “A year ago, I just had a casual knowledge of the disease — now, I’m basically an expert. I’m in, like, three group chats about it. Well, they’re mostly for keeping tabs on [Morgan], but HPV comes up a lot, too.”

Despite over one dozen women in greater Michigan registering formal complaints about Morgan, he remained steadfast in his work.

“14 million people are newly infected every year,” said Morgan. “In fact, 100% of the girls I’ve slept with now report having HPV. That is so fucked.”

When asked about his plans for the future, Morgan expressed willingness to expand his scope.

“People ask, how can I keep doing this to people? I can’t walk away until this problem is addressed,” said Morgan. “I don’t want to just stop at HPV, though. If my last round of medicals is true, I’ll be leading the charge for herpes awareness, too.”