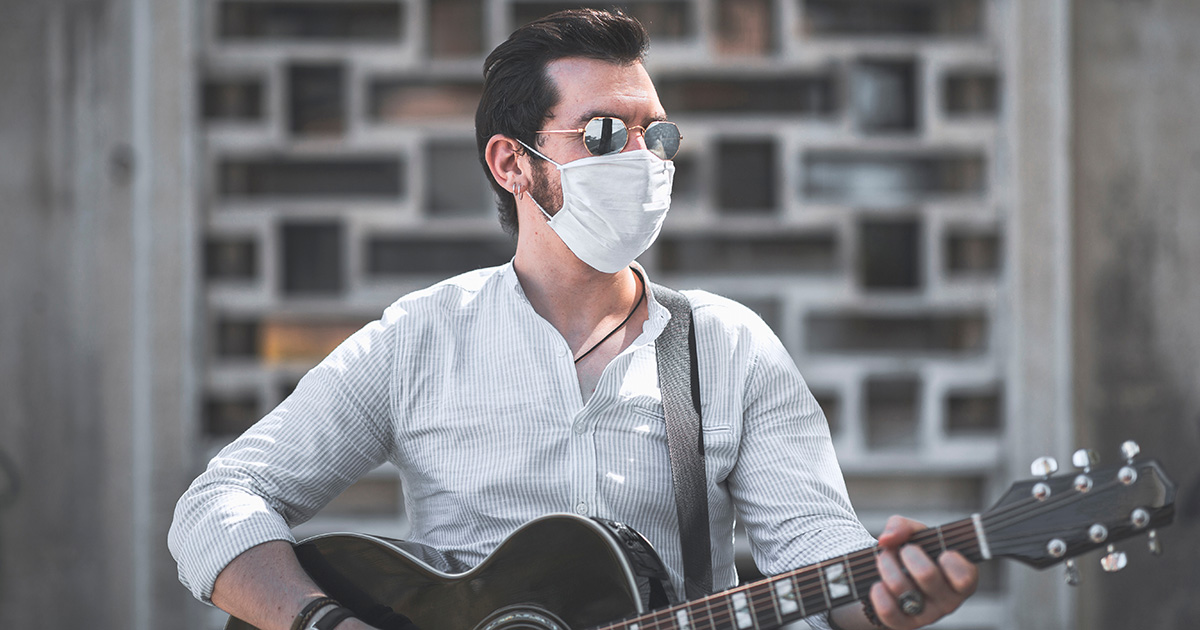 LOS ANGELES — Acoustic guitarist Harry “Wild Child” Kearns caused a mass evacuation from a local vaccine site with his terrible acoustic renditions of pop hits from the early aughts, confirmed winded sources after running as far away as their legs could take them.

“As soon as I lined up I could hear some clown playing a cover of ‘Umbrella’ by Rihanna and I thought to myself, ‘I’d rather be on a ventilator than listen to this guy for the next 40 minutes,’” said Angelo Cortez. “I know that each day I go without being vaccinated I risk getting the virus and infecting my family. But fuck, the guy was doing this little shimmy when he sang and I wanted to fight him so goddamn bad. It was best that I got out of there.”

Kearns seemed ambivalent to the fact that he had driven away hundreds of people who have waited over a year to be vaccinated.

“I think it took a little time for people to warm up to me, but by the fourth or fifth time I played ‘Hollaback Girl,’ I could feel the crowd starting to come alive. One guy on a motorcycle liked it so much that he pulled up right next to me and revved his engine for a few minutes. Everyone started cheering, and it was nice to bring smiles to faces,” said the terrible musician who is universally hated. “One woman had tears in her eyes and begged me to stop playing. She was so overwhelmed by my music that she couldn’t listen for another minute. Fan interactions like that are what keep me motivated to share my gift.”

“I’ve looked at the data and it’s jarring to see how many Americans would rather die than be forced to listen to a jam band for 40 minutes,” said Dr. Fauci. “I’m calling on local officials to put a complete and total ban on musical instruments within 5,000 feet of any vaccination sites. Just one person with a keyboard and the delusional idea that ‘they need to share their gift’ could cause a fourth or even fifth wave of the virus if people refuse to get vaccinated for risk of being exposed to the open mic nature of the performances.”

At press time, a SWAT team was seen taking an improv troupe who planned on performing outside a vaccine center into custody.