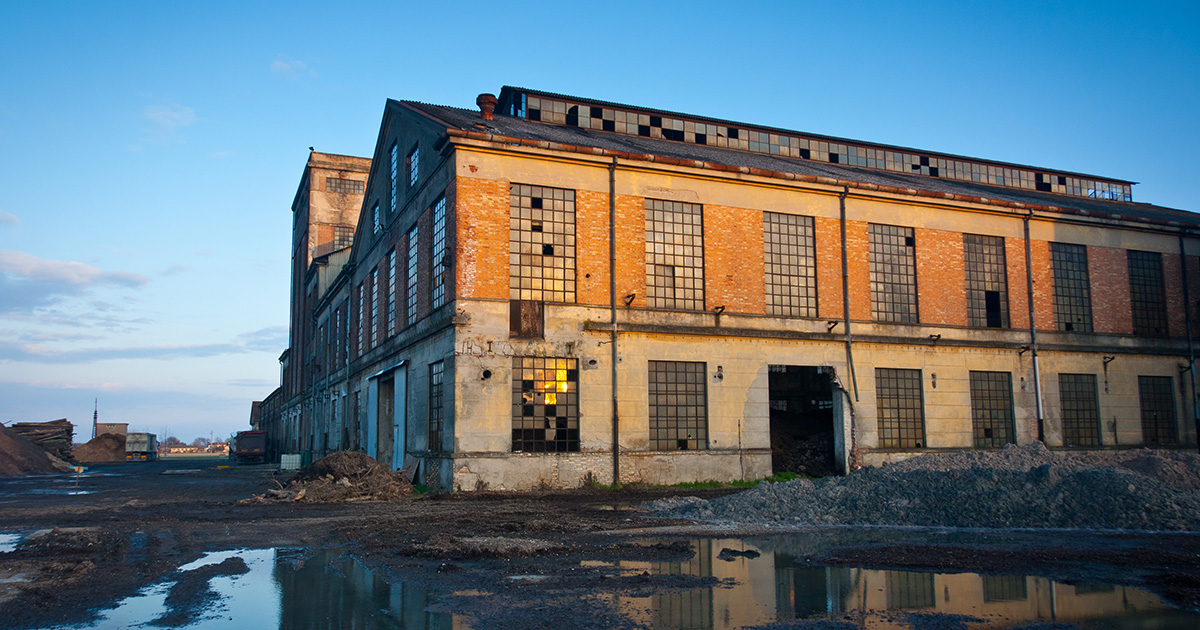 LOS ANGELES — The dilapidated building that provided the backdrop for every promo photo from every hardcore band ever will be demolished and replaced with luxury condos early next year, city officials confirmed.

“[The building] is a piece of underground music history. It’ll be a shame to see it go,” said band photographer Maureen Beck of Columbus, Ohio. “Anytime a new hardcore band popped up in town, and they needed a photo for their demo, Myspace, or Facebook page, the first thing we’d do is a book a flight to L.A. and head out to the building.”

“It’s hard enough knowing the brick wall from everyone’s demo is now a frozen yogurt shop,” she added. “And I don’t even wanna think about what happened to those old train tracks from the ’90s.”

The building, which once manufactured mattresses for the U.S. military, has been vacant since the 1960s and immediately fell into disrepair once abandoned.

“My grandfather used to work in the factory, but after a fire wiped out the insides, it just kind of sat there. Kids would break in to smoke grass and smash windows,” said neighborhood resident Iris Bailey. “Then, sometime in the late ’70s, all these groups of people would come and get their picture taken in front of it. They’d always scowl and cross their arms trying to look scary, and that’s been happening almost every day since.”

Activists allegedly attempted to save the property from demolition through a flyering campaign that was widely ignored.

“At any given time, there were 35 to 40 bands posing in front of the building. We tried to get them to pitch in to help save the space, but we only raised $14 between six donors… which hardly touched the $6.4 million we needed,” said hardcore music historian Jerry Hubbard. “It just won’t be the same seeing a band pose in front a Coffee Bean & Tea Leaf, but I guess that’s ‘progress.’”

According to developers, the suburban field that every pop-punk band poses in during sunset will not be affected by construction.