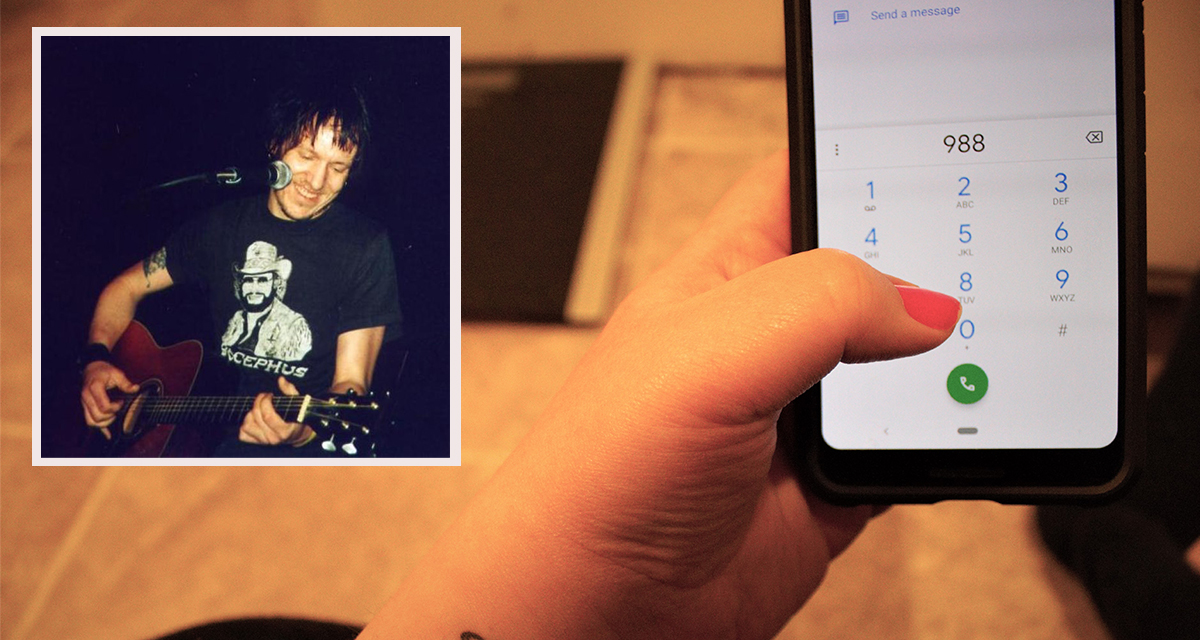 WASHINGTON — The new national suicide hotline, 988, is facing harsh criticism after callers noticed the platform used songs from massively depressing singer/songwriter Elliott Smith as hold music, confirmed sources who seem worse off than they did before.

“I expected the line to be overwhelmed with calls on the first day, what I didn’t expect was to have my sense of isolation and loneliness magnified while I waited for the next available counselor,” said 988 caller Austin Shanley. “At first I thought nothing of it, the song was a relaxing guitar melody. But as soon as I started focusing on the lyrics I started to feel like the heavy blanket of life that has been weighing me down was now reinforced with concrete. When I finally got to talk with someone I was openly weeping and it took another 15 minutes for me to calm down.”

Mental health advocates were quick to praise the new hotline, but admit the service needs to change to more generic hold music immediately.

“The people that are calling 988 are the exact people that need to avoid exposure to lyrics that make a person look deep inside themselves and reflect on the tragedy of being alive,” said Dr. Leanne Burgos, a therapist in San Francisco. “Listening to Elliott Smith is the audio equivalent of showing a person their beloved childhood dog and saying ‘there is no heaven, and you will never be reunited with your friend. Why are you even trying?’ They should just switch to that Cisco hold music that everyone knows before people start listening to more Elliott Smith and eventually go dagger shopping.”

John Palmieri, director of 988 and behavioral health crisis at the Substance Abuse and Mental Health Services Administration, defended the decision.

“We are so happy to finally have a lifeline for people in need to get the help they deserve,” said Palmieri. “We carefully reviewed each detail and we didn’t want impersonal hold music. We wanted something people could relate to. I initially suggested we use the Johnny Cash cover of ‘Hurt’ and ‘You Are My Sunshine,’ but it ended up having a detrimental effect on everyone in our test groups. Elliott Smith was a good compromise.”

988 also announced it would partner with Conor Oberst to offer the 10,000th caller a private Bright Eyes concert.