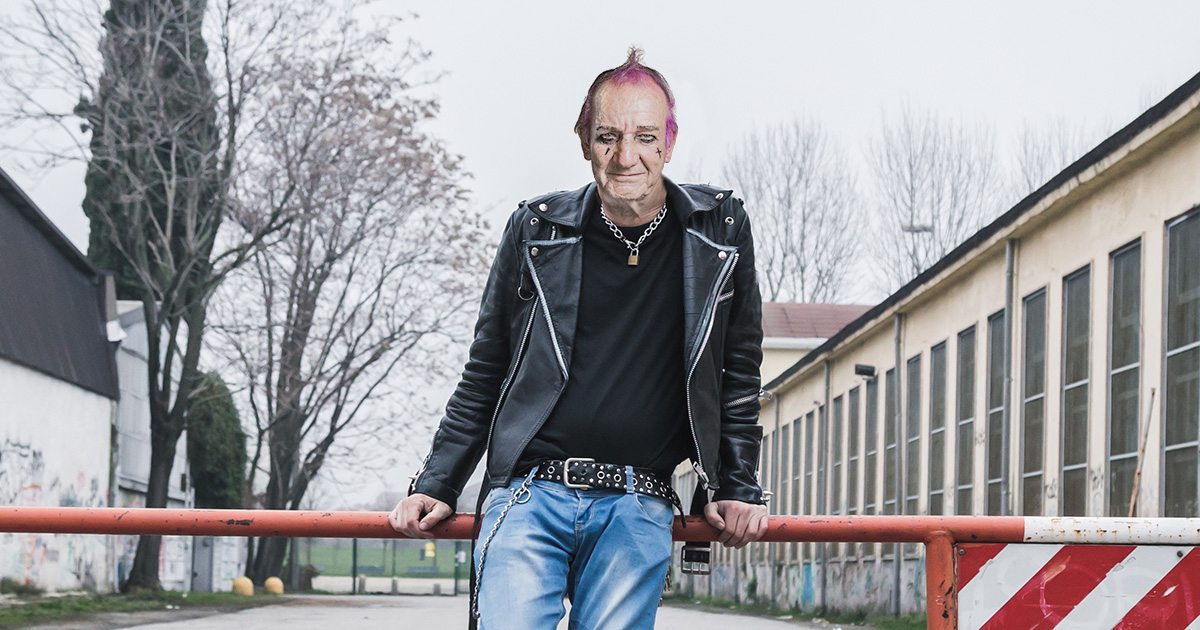 STAFFORD, Texas — 59-year-old custom bathroom tile salesman John Canales was shocked to learn from his punk son yesterday that he would be 413 in “punk years,” due to the horrible, unforgiving DIY lifestyle.

“I wasn’t happy about being almost 60, but I was somewhat relieved when my son told me, had I been punk like he is, I’d be 413. A quadro-centenarian. But then I was depressed again, realizing that means my 20-year-old Gavin has the body of a 140-year-old,” said Canales. “Now that I know about ‘punk years,’ so much about my son’s health makes sense now — like his god-awful posture, and the time he got a CAT scan and the sight of his internal organs made the medical intern vomit. I tried asking Gavin if being punk was worth the toll it took on his body… but he didn’t hear me due to tinnitus.”

Gavin Canales explained the perils of being a “20-year-old geezer.”

“My dog’s lucky — she doesn’t have the ability to understand that she’s seven times her actual age. I have to live with that shit every day,” said the punk. “Thanks to years of boozing, sleeping on floors, moshing, and just general jackassery, I don’t even feel like a young person: I actually relate way more to my grandpa and his buddies down at the American Legion hall — those are some real motherfuckers. Plus, my band plays at that hall all the time, and those guys are hilarious.”

However, Rice University professor Dr. Sara Wallins disputed the idea that one year as a punk is the equivalent to seven as a normal functioning adult, calling it a “gross oversimplification.”

“Just like with dogs, It’s actually a myth that punk’s age seven times as fast as real humans. It’s also a myth that punks are capable of living past 40 — in fact, if any middle-age chode claims to be a punk, they’re a poser,” said Dr. Wallins. “You could straight-up spit in their face and they won’t do shit.”

As for his future, Gavin plans to move into his grandpa’s retirement community next week, where he will spend evenings drinking whiskey, discussing how music sucks now, and how they both spent their teen years fighting Nazis. John, however, will continue working until he’s eligible for social security at 584 punk years old.