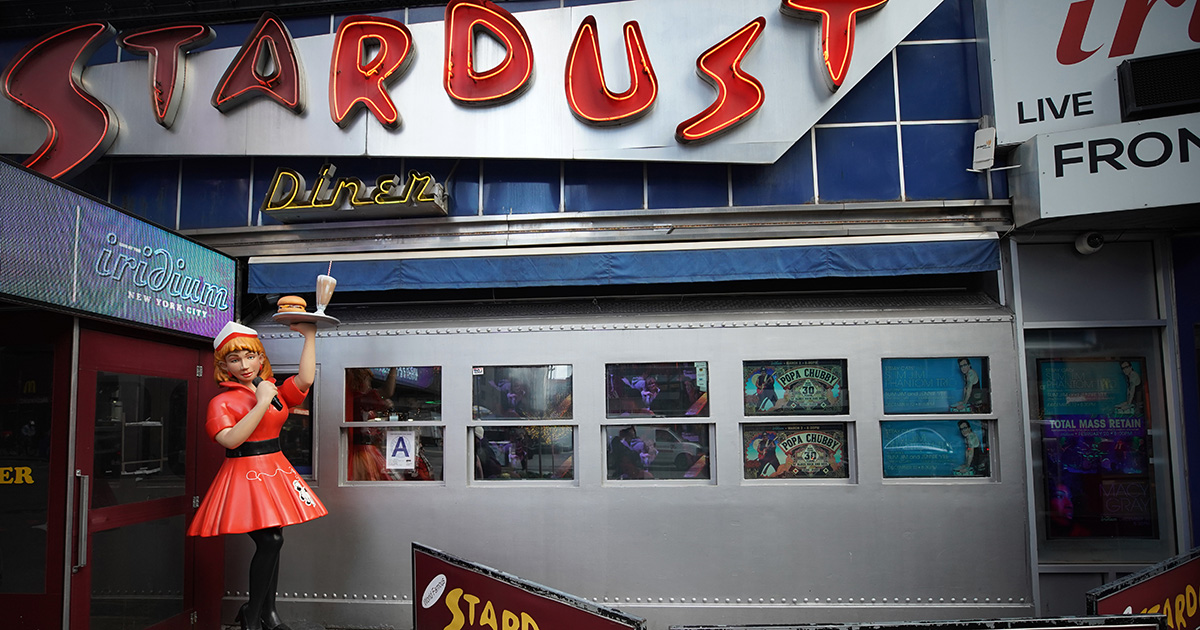 LOS ANGELES — Stardust Diner, the latest 1950s style diner to open in Burbank, reportedly glosses over some key facts and historical realities, sources who remember when things were “just less divided” in this country, confirmed.

“I asked the busboy about the place’s disaster preparedness,” said customer James Clifton. “Basic things, like how many people could the bomb shelter seat and if there were enough cigarettes down there to keep the pregnant women calm. I was shocked to learn that not only was there no fallout shelter, but nobody taught the kid how to duck-and-cover in the likely event of an atomic attack. He said the diner gave him sexual harassment training and active shooter response training in school, but no one told him what to do when confronted with a commie or a homosexual.”

“Sure, you’ve got the neon sign out front, the red leather booths, the black-and-white checkered floor, the Doo-wop, the Shoo-op, but the paint? Completely lead-free,” stated Miller. “The chances of anyone being exposed to lead poisoning this evening are incredibly slim, and that’s just not the inauthentic event I signed up for. Also, this QR code menu? That’s just insulting. I just want to comb my hair in the reflection of a jukebox and overpay for malts like I would at any other 50’s theme diner.”

“Stardust evokes what I call ‘white nostalgia:’ a longing for a past that’s been revised, commodified, and distorted,” Dr. Davis analyzed. “And white nostalgia is pretty dependent on denial, a concerted effort to ignore the blatant, uncomfortable truths surrounding American history. And in that regard, I believe Stardust to be more accurate than inaccurate, more timeless than anachronistic.”

UPDATE: Stardust Diner was rendered authentic after it was redlined when an African American couple was seen reading a menu posted outside.