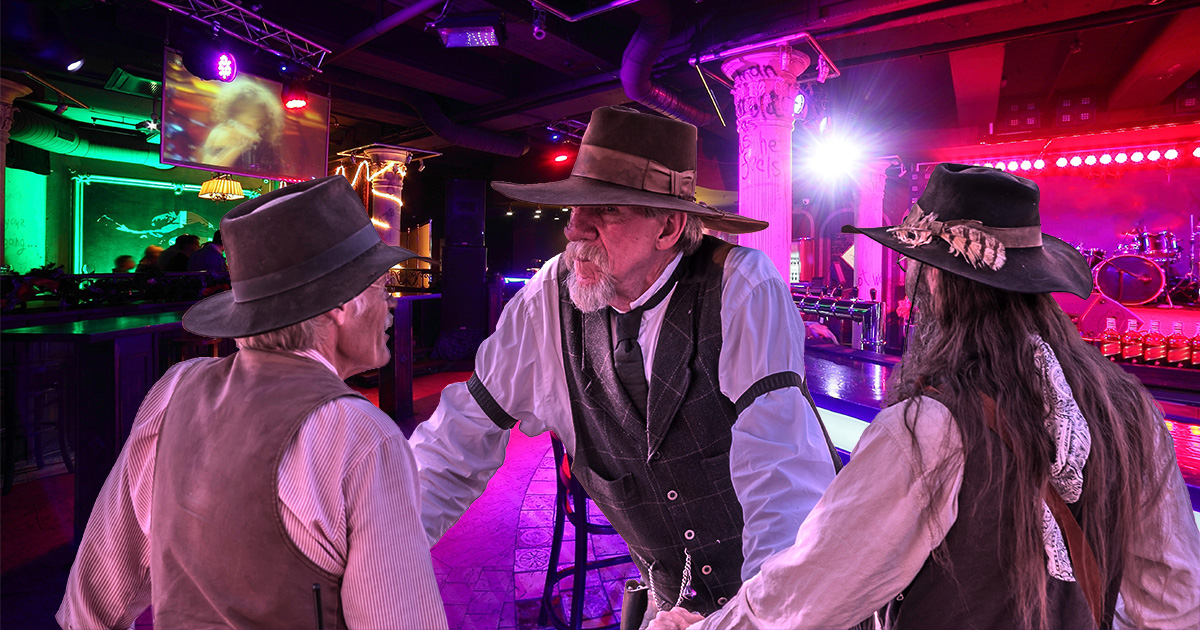 MIAMI — A small group of 19th Century time travelers is reportedly very disappointed with the lack of readily available cocaine in modern times, according to sources.

“Since breaching the gulfs of time I have explored many eras,” said Dr. Wilfred A. Henningsworth while aimlessly browsing the shelves of a Walgreen’s. “The primordial domains of the dinosaurs, the far future of nuclear-blasted cities of man in ruins after Interworld War III. Frankly, it’s quite exhausting, and since arriving in this 21st century, I thought I would settle down with a nice cocaine-infused muscle tonic to relieve myself. But no chemist could supply me with my preferred Ayer’s Coca Pectoral or even that knock-off brand, Agar’s Family Cocaine. What the devil?”

The pharmacist on duty, Jordan Alvarez, was watching Dr. Henningsworth and his peers, Dr. Brinley Patch and Dr. Aldrich McGillicuddy, carefully as the group browsed the store.

“I’m used to a lot of weird shit on the night shift,” said Alvarez. “But that guy with the fluffy mustache and peacock-embroidered waistcoat came in, said ‘good day, gentle apothecary!’ and tried to hit me up for blow. Like, dude, this isn’t 11 p.m. on a Saturday and we’re not at TH13een. You can’t just get rails, like, at Walgreen’s. You need a guy, and that guy is not me. All I have is legally obtainable narcotics, available by prescription from basically any doctor.”

Carmen Gonzalez De Leon, a professor of History at the University of Miami, was surprised at the existence of time travel, but not at this specific issue.

“Poor fools,” Dr. Gonzalez De Leon said. “It must be a huge shock to Victorian gentleman scientists to not have ready access to cocaine, laudanum, chlorodyne, or even your basic camphorated tincture of opium. These were more basic elements to daily life in their time than pasteurized milk or voting rights. This must seem like the darkest of timelines for them.”

As of press time, Dr. Henningsworth was busily taking his time machine apart after being introduced to crystal meth.