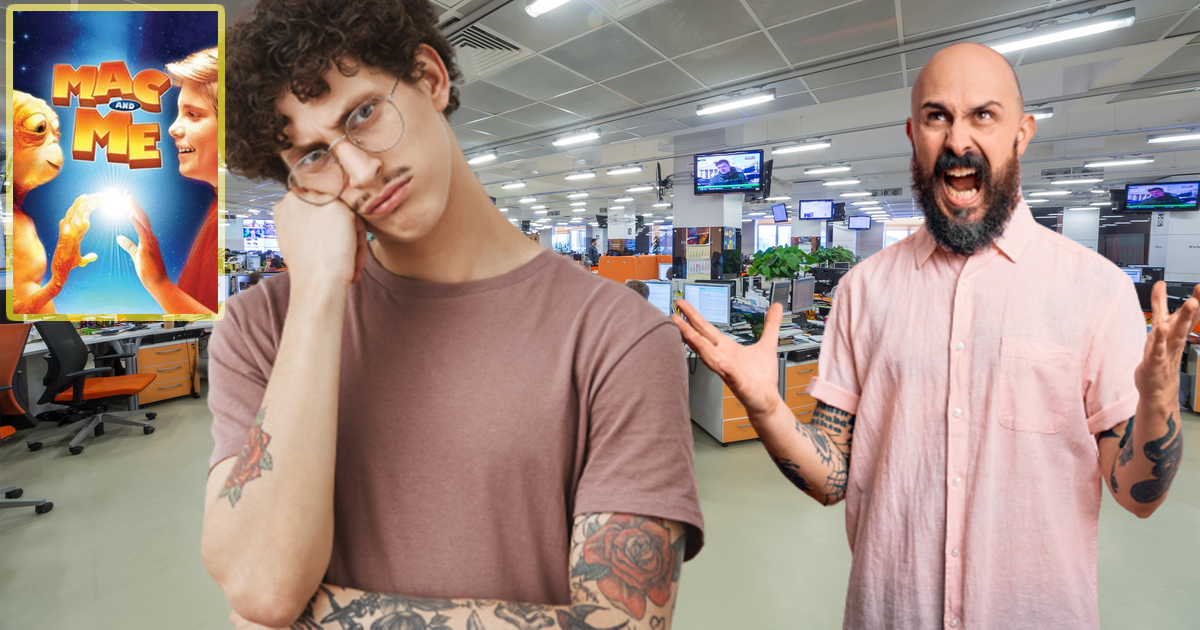 We’ve all seen bad movies. Some are just plain bad and some are so bad they become good. But then there’s this third category — movies so bad that watching them is an almost transcendental experience. Mac and Me is such a movie and we took it upon ourselves to watch it 100 times in a row, yet all our boss could say was, “You incompetent fucks, you were supposed to investigate human trafficking.”

Apparently going to the bad part of New Mexico and doing “the whole VICE thing” has a lot of different meanings. To my boss it meant dangerous hands-on journalism that exposes crime and makes a difference. To me, it meant doing something hyper-asinine and then being all like, “Hey, I’m awesome.”

Were we sent to New Mexico with a sizeable dossier on suspected sex-trafficking, complete with leads? Well, yes, but that doesn’t mean we can control where the story takes us. This one took us from our motel room beds to our motel room couch where we watched the same bad movie every day for over 3 months.

If my boss doesn’t know how to monetize having someone who’s watched a movie as bad as Mac and Me 100 times in a row, maybe they shouldn’t be working in today’s media landscape to begin with. Fuck these clowns. I’m not apologizing and I’m damn sure reimbursing my expenses! Do you know how much sticky sweet mary ganja you need to smoke in order to make it through 100 viewings of Mac and Me? I don’t have that kind of money! It’s sort of why I took this gig in the first place, chief!

I did those fuckers a favor! Human trafficking is a total bummer! Who wants to click on that? Now, someone doing something really stupid because it’s really stupid… gimmie all of that ya got!

Clearly my boss has never even watched Mac and Me once because if they did they would know how stupid it is and how outrageous I am for doing this crazy shit to myself! Do they even know that we’re dealing with a blatant E.T. rip-off that essentially functions as a giant commercial for Coca Cola and McDonald’s? I highly doubt it.

Okay yeah, I guess if I did my job EXACTLY the way my micromanaging editor wanted me to do it (like I’m supposed to friggin read his mind or something) a lot of bad people would be in jail right now and maybe I could have saved some lives. But by doing things my way, I’m saving way more people from having to see the movie Mac and Me, which is dumb as shit by the way! I should know, I’ve seen it 100 times. DO NOT WATCH IT!

We watched the shit out of this thing, and we did it on drugs, like professional infotainers. You wanna know what kind of messed up shit you’ll come up with when you watch a movie as weird and bad as Mac and Me on peyote with a shaman? I became addicted to pain pills from viewings 37-49 and got sober when I found Christ between viewings 50-67. But hey, I guess that’s not “worth our audience’s time and attention” or whatever.

Look, I’m not trying to say I’m a hero. I’m not perfect and I’ve made mistakes. Like, this one time, I was supposed to do something that could help a bunch of people and totally bailed to watch a bad movie on drugs. But if you’re reading this and you happen to be someone who was considering watching 1988’s Mac and Me NOT fucked up on drugs, uhm, you’re welcome!