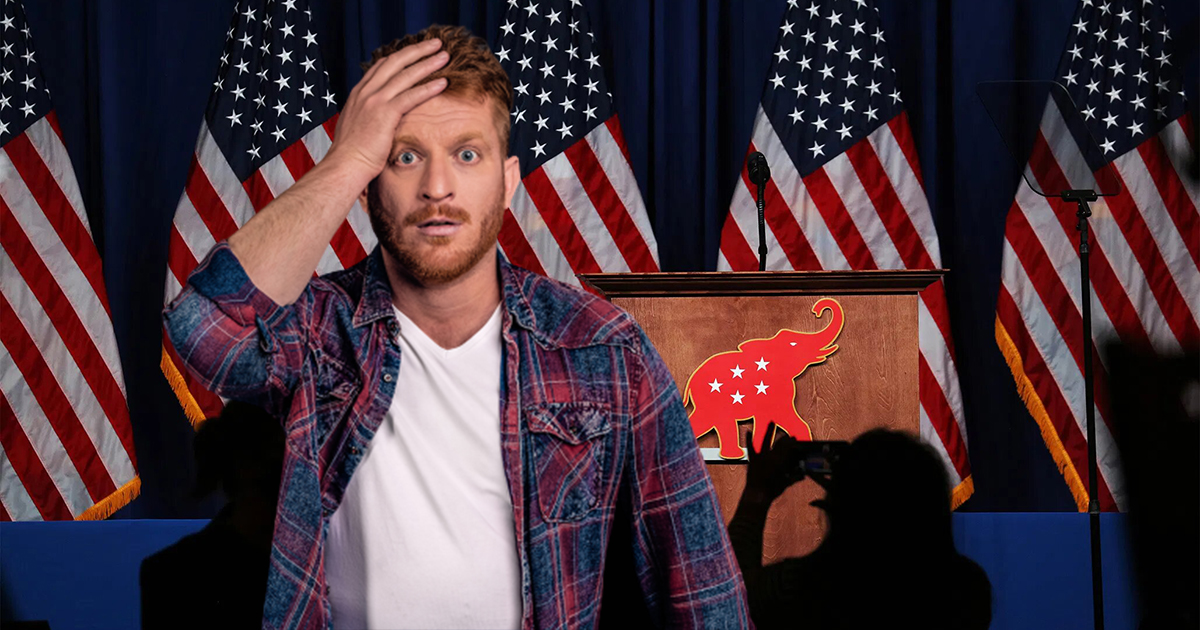 With the Verhoevian monster truck rally that is the Republican National Convention finally upon us, we here at The Hard Times decided that the only way to properly cover it would be with some good old fashioned gonzo journalism. So we got some British teens to ship us what we assume is pretty good ketamine and got down to business.

But upon discovering that my scale is broken and that I have a great misunderstanding of how much a key bump is, I ended up entering a k-hole that not only led to no writing progress whatsoever but also led to me being given a speaking slot at the Convention on Wednesday night. And that is completely my bad.

I first felt my limbs and eyes go numb on Monday around the time when Donald Trump joked that he would be in office another 12 years. Despite the fact that I felt like there were three of me and two of them had fallen into an abyss in my sofa, I opened my laptop and sent some email questions to every Convention speaker I could find, only stopping when I could no longer use my hands and was rubbing my face on the keyboard.

I then somehow ended up in a video chat with RNC Chairwoman Ronna Romney McDaniel, and although speaking a single word felt like it required me to unlock a combination with my tongue, we had what I thought was a heated journalistic back-and-forth of anywhere from 5 minutes to 16 hours. It wasn’t until I came out of my k-hole the next day that I saw that she had commended me for everything I said and that in my free-associating dissociative stupor, I “more clearly evoked the current ethos of the Republican Party than anyone she had ever met.”

So now all I have to show for my efforts is a prime time speaking slot sandwiched between Mike Pence and a QAnoner, as well as several dozen grams of ketamine still left. And while it may be my journalistic duty to use this platform for good, that ketamine isn’t going to boof itself. So, stay tuned.