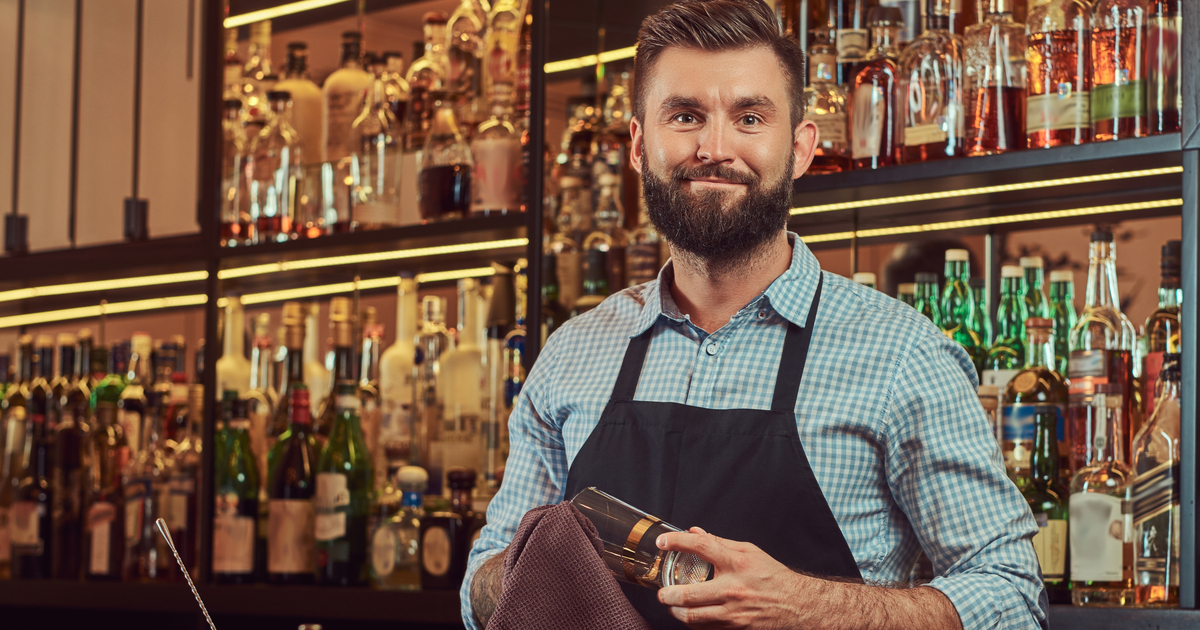 Recently, we here at The Hard Times have been going through some pretty… well, hard times.  Fortunately, the bartender at our favorite speakeasy, The Crusty Punk, is always willing to lend a sympathetic ear! Despite him not really being huge on talking or making eye contact or generally acknowledging our presence, we were still able to gain a lot of insight from him regarding our forthcoming divorce proceedings.

Hard Times: Another daiquiri. Thanks. We appreciate you taking the time to talk with us.

HT: I know, right? Things have just been tough lately. I guess you’ve heard by now that Rebecca filed the divorce paperwork.

HT: Yeah, I don’t know what happened. It’s like we never really felt like we we were good enough for her, but now that it’s over, it feels like that was the only real issue.

HT: Sure, it didn’t help that we lost the house betting on Three Card Monte. It’s not our fault though, we had a foolproof system! Anyway, we think it was when we pulled the kids out of school so they could focus on karate full time also caused some friction. But ‘not being good enough’ was probably the main thing.

HT: You really think so? She said she was fine with us using our life savings to turn the living room into a squirrel ranch. At least I think she was. In hindsight she did use the phrase “grounds for divorce” more than usual that day…

BT: (Sets down glass.) You owe me eight dollars for that drink.

HT: Stop saying it, we know it’s our fault! The karate, the squirrels, the karate squirrels—all of it!

HT: Yes, but just one more. If we don’t get home to the karate squirrels they’re gonna think we left them just like their mother.